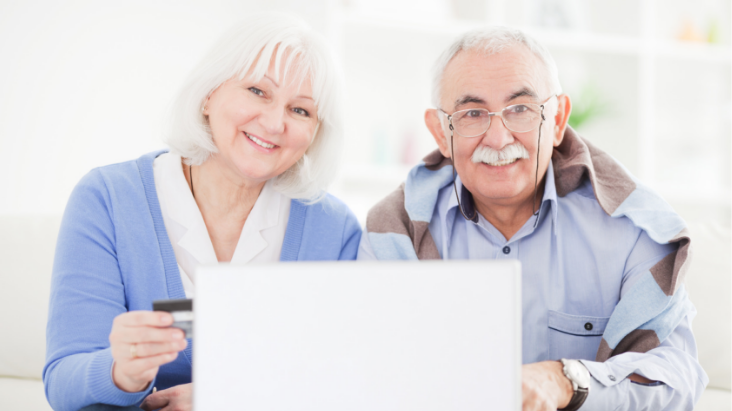 Grandkids like Having Grandparents on Facebook, but Please Granny
NO posts about your love life!
Grandkids have an instant message for grandma and grandpa. While they enjoy having you on Facebook, some secretly want to unfriend you because you post embarrassing stuff. Just in time for World Social Media Day on June 30, a one of a kind, national survey of millennial grandchildren uncovers the top five no-no’s grandma, and grandpa make on Facebook.
The national survey of 500 grandkids ages 18 to 34, commissioned by Visiting Angels, reveals 89% enjoy having their grandparents on Facebook. However, almost 1 out of 3 sometimes secretly want to unfriend their grandparents, and more than half wish someone would sit down and show them how and when to use Facebook.
Here are the top three things grandkids say you shouldn’t do or say online.

1. Don’t rant and rave.
One our of five grandchildren said their grandparents post too many emojis in the comments of their post. Thirty-three percent of respondents say they don’t like when their grandparents get too political or go holy roller, posting too much about religion.

2. Don’t tread on personal turf.
Over 30 percent of grandkids said it is embarrassing when their grandparents post personal comments in public places, like their timeline. Half of the people surveyed say they don’t want grandparents commenting on their social life.
Don’t spread doom and gloom
While grandkids care about how you are doing 25 percent, they do not like to see grandparents post that they are lonely, unhappy, sick or sad. One out of five respondents says they don’t want to see comments about their grandparent’s health, medical issues or procedures.

Visiting Angels, one of our nation’s largest in-home senior care companies with more than 600 offices nationwide, commissioned the survey, revealing that Facebook has become an excellent way for grandparents and grandkids to communicate.
Grandkids love to see and feel the love from their grandparents. Seventy-two percent of those surveyed say it’s OK for grandparents to post I love you on Facebook. Over 60 percent of those surveyed say they love their grandparents, and it is nice to see their photos and share theirs with them.

“It’s no surprise the survey reveals grandchildren love their grandparents, and they are a bit sensitive about what Grandma or Grandpa might post or see on Facebook. These are, after all, some of the most important people in their lives, “said Larry Meigs, CEO of Visiting Angels Living Assistance Services.

Federal Trade Commission to crack down on robocalls