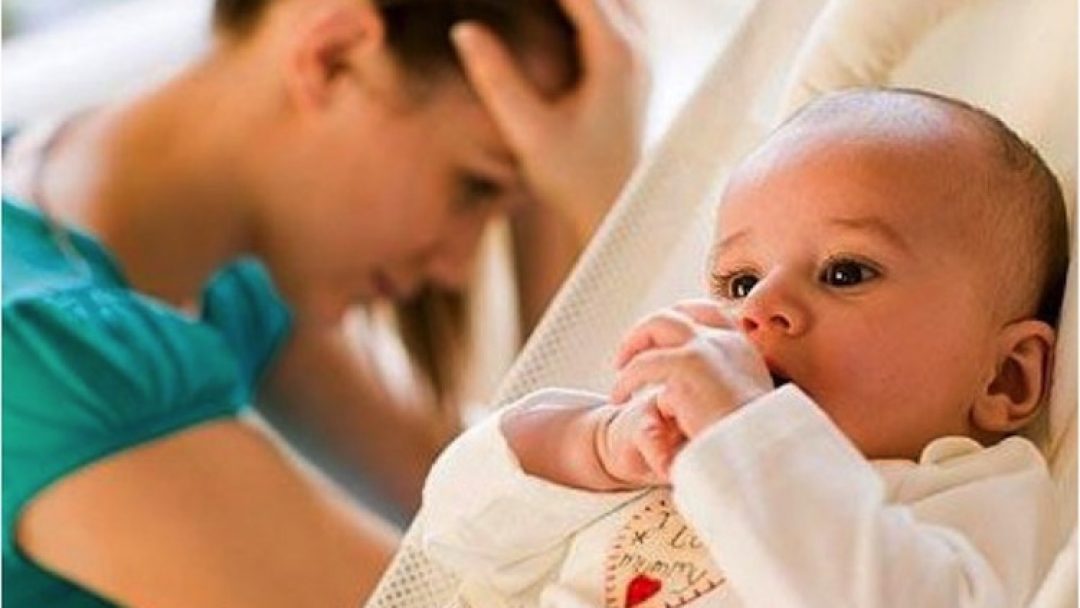 Stephanie Hathaway was thrilled when she had a new child, but she was one of many who developed postpartum depression. Her mind was filled with thoughts that she had failed as a wife and mother..

“They just played on repeat in my head,” said Hathaway. “I was holding my baby one night, and my husband was at a meeting, and I just thought, ‘Oh, my goodness. If I put the baby down, I might hurt myself.’”

According to the CDC, postpartum depression is an intense sadness, anxiety, or despair that occurs after giving birth. While the official statistic is that it impacts one in nine women, some say it’s as common as one in five.

Hathaway’s doctor was supportive, but it took two weeks for medication to begin working. Finding the correct dosage took longer. The new mother found it difficult to bond with her new daughter, Hadley.

“It’s heartbreaking,” said Hathaway. “That’s not what I expected to feel.”

New mothers who develop postpartum depression have always been prescribed medications that are prescribed to those experiencing other types of depression. However, these general medications don’t address the hormone changes responsible.

The medication is a synthetic form the hormone allopregnanolone, a progesterone derivative, which is one of the hormones that drop and contribute to postpartum depression.

“It’s not just the mother who suffers when there’s postpartum depression. It’s the newborn. It’s the other people in their family.”

“This can potentially transform women’s lives and that of their families,” said Dr. Steve Kanes, a chief medical officer of Sage Therapeutics. “It’s not just the mother who suffers when there’s postpartum depression. It’s the newborn. It’s the other people in their family.”

The medication must be administered intravenously in a medically supervised setting. Women who took the drug experienced relief in as little as 24 hours.
“This is for postpartum depression, but it is a step in understanding how we treat depression

“We have had the same treatments for depression for 30 years. There’s an enormous need for new, novel ways to treat depression, and to treat it quickly.”

Hathaway was diagnosed with postpartum depression again when she had her second daughter, but this time the general medication didn’t work.

She was one of the participants in a brexanolone trial, and she noticed that between 12 to 16 hours of the infusion she had begun to feel like herself.

“I woke up from a nap, and the thoughts were gone. And they never came back,” Hathaway said. “And then hour after hour, I got my energy back. I got my appetite back. I was eating because I was actually hungry, not because people were making me eat.”

A drug specifically for postpartum depression will help to alleviate any stigma still associated with the disease.

“It does women a service because it really brings attention to a major medical problem and provides legitimacy, and hopefully will encourage people, whether they use this medication or not, to seek and obtain treatment,” said Dr. Kimberly Yonkers, a professor of psychiatry, epidemiology and obstetrics, gynecology and reproductive sciences at the Yale School of Medicine.

The Side Effects and the Price

The medication isn’t believed to have long-term side effects, and the most common impacts are drowsiness and dizziness. The drug is not believed to have any long-term safety concerns. The manufacturer is still waiting of the FDA to confirm, but it’s expected to be safe for breastfeeding mothers.

The price for a transfusion is steep: between $20,000 to $30,000, and that doesn’t include the associated stay at a medical facility.

“That’s such an important piece as to why this is so novel. We’re talking about a single treatment that has durable effects,” Sagesaid. “This really is a one-time intervention that gets people on their way. It’s transformative.”

For Hathaway, the price would be worth it, as the drug allowed her to take control of her life again.

“It’s given them their mom back,” she said. “This is what it was supposed to be like.”