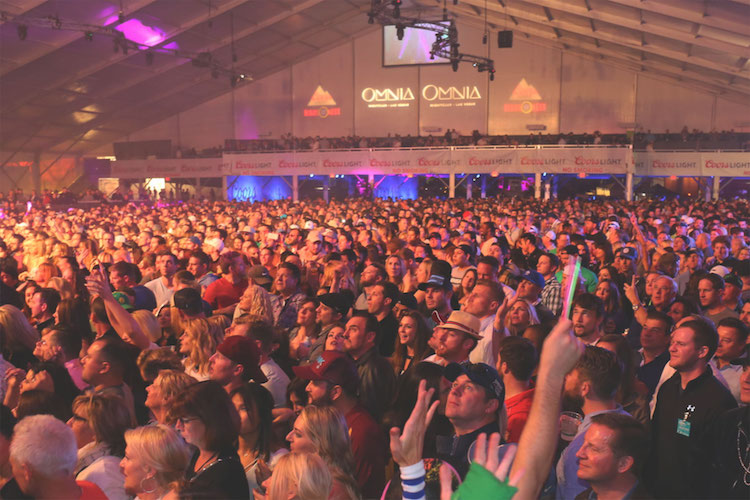 The Chainsmokers To Make Return To Coors Light Birds Nest, Will Close Out The Popular Four-Night Concert Series With Special Guest Gryffin

The lineup for the 2023 Coors Light Birds Nest is starting to take shape as officials confirmed that GRAMMY Award-winning duo The Chainsmokers have committed to perform at the popular four-night concert series, which will take place Feb. 8-11 during WM Phoenix Open week. The Chainsmokers will take to the stage on Saturday, Feb. 11, closing out the Coors Light Birds Nest with multi-platinum special guest Gryffin.

Tickets for this Saturday show are now on sale and can be purchased by visiting CoorsLightBirdsNest.com. The remaining Coors Light Birds Nest lineup will be announced as more artists are confirmed.

“The Chainsmokers put on an electric show at the Coors Light Birds Nest back in 2019, we are excited to have them back again for a second time,” said Pat Williams, Tournament Chairman for the 2023 WM Phoenix Open. “This is just the first of four big name artists and performers we plan on hosting here this year, we can’t wait to unveil the rest of the lineup in the coming months.”

The Chainsmokers are recognized in the music industry as two of the best electronic dance musicians in the world, evolving into a dominating musical force with a diverse portfolio of songs that have helped them become one of music’s hottest recording artists. In 2016, the group catapulted to worldwide fame with three multi-Platinum certified hits such as the GRAMMY-nominated song “Closer,” which went on to become the longest running No. 1 single of 2016 on the Billboard Hot 100 chart. The duo has won multiple awards, including the 2017 GRAMMY for Best Dance Recording (“Don’t Let Me Down”), two American Music Awards (2016, 2017), and 10 Billboard Music Awards. The Chainsmokers recently released their fourth studio album “So Far So Good” which debuted at No. 1 on the Billboard Dance/Electronic Album Chart.

Since first breaking onto the global scene, Gryffin has cemented his status as one of the most crowd-thrilling and forward-thinking producers in the dance/electronic world. Along with delivering a steady stream of smash singles (including platinum-certified hits like “Tie Me Down” ft. Elley Duhé), making his full-length debut with Gravity (a 2019 release that quickly shot to #1 on Billboard’s Dance/Electronic Albums chart), and amassing over two-and-a-half billion streams on Spotify alone, the Los Angeles-based multi-instrumentalist has earned his name as an unforgettable live act, endlessly tapping into the sophisticated musicality he’s honed as a classically trained pianist and longtime guitarist. Gryffin is now returning with his hotly anticipated sophomore album Alive and a national headlining tour, including stops at such legendary venues as Red Rocks Amphitheatre (already sold out) and Los Angeles State Historic Park—an auspicious constellation of events sure to make 2022 his biggest year yet.

The Coors Light Birds Nest doors will open at 3:30 p.m. each day with its expanded outdoor patio area that will feature more live music, outdoor games, entertainment, and various food and beverage offerings. The special guest opening act will take the main stage inside the 48,000 square foot tent at approximately 6:30 p.m. each night, with the headliners going on stage at approximately 8:30 p.m.

“The atmosphere at the Coors Light Birds Nest, both inside the main concert venue and outside in the expanded patio area, are catered to create the ultimate fan experience with a music festival atmosphere,” said 2023 Coors Light Birds Nest Chairman Billy Malkovich. “The feedback we received from fans last year was incredible, stay tuned as we create more innovative ways to build upon our outdoor pavilion and enhance the experience for 2023.”

Coors Light Birds Nest general admission tickets will start at $75, while VIP tickets are available starting at $275 each and provide exclusive access to an enhanced VIP area where guests are treated to complimentary food and drinks and access to a premium viewing area for the shows. Organizers encourage fans to buy their tickets early as ticket prices will increase as the event draws closer.

The Taste of Italy and Music Festival Coming in October