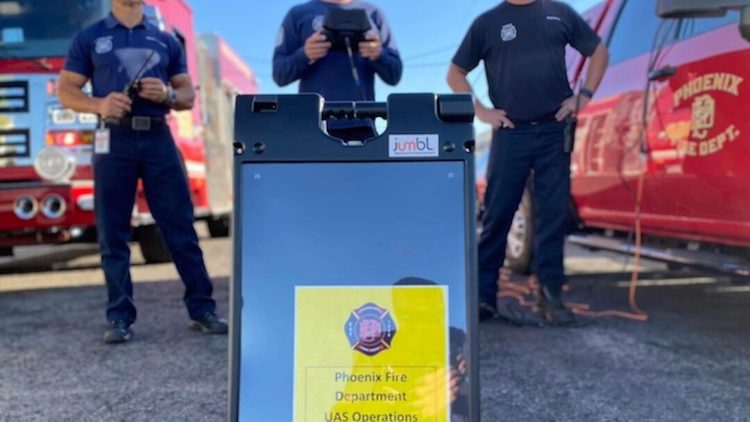 Since the historic launch, the UAS team has been busy training for and responding to different emergency incidents across the city of Phoenix. The phased-in approach has allowed the group to work through the expected and unexpected obstacles.

As a result, the Phoenix Fire Department’s UAS team has conducted a total of 94 flights with a total of 14.4 hours in the air. During those flights, the team has responded to a total of 12 incidents – including 1st Alarm Fires, brush fires, and mountain rescues.

In the next 30 days, the UAS Program will continue to improve the integration into Fire and Special Operations by continuing to train and respond to incidents. The Phoenix Fire Department’s Technical Services Division is assisting with improving video feed options for command. Those visuals will allow for enhanced reconnaissance capabilities.

Additionally, the program plans to meet with the Phoenix Fire Department’s Fire Prevention Division in hopes of assisting with Outside Storage Combustible inspection.

Without support from the Mayor and Phoenix City Council, this breakthrough technology would not be possible. The Phoenix Fire Department is committed to providing the highest level of customer service and resources to our community and members.

As an innovative and data-driven leader in the International Fire Service, the Phoenix Fire Department will continue to evolve with the modern world. We remain committed to delivering customer service excellence to our communities through pride and professionalism.