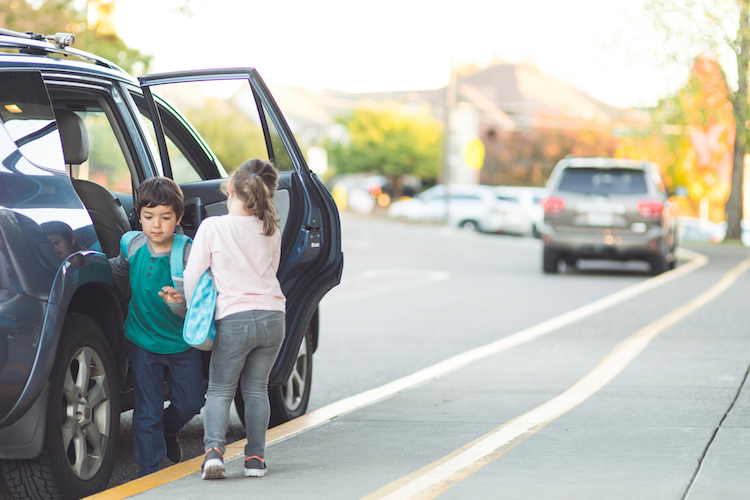 From open enrollment to charter schools to vouchers for private schools, Arizona’s school-choice movement has focused on expanding opportunities for classroom learning.

Now lawmakers are considering a measure that would add more choice in how kids get to that classroom.

A bill awaiting debate at the state House of Representatives would provide taxpayer-funded grants to parents to cover the cost of transporting their children to public schools. As written, anything goes, from reimbursing household gas expenses to ride-share fees, although one proponent said she’s doubtful anyone would use limousine services.

“Outside of the 80-passenger yellow school bus, what’s out there?” asked Matt Simon, vice president of government affairs for Great Leaders, Strong Schools, a school-choice advocacy group which is supporting the bill.

The legislation could provide an answer, Simon said, as the grants would fund pilot programs testing options such as vanpools or partnering with a ride-share company.

The $10 million would be better used for overall school funding, they say, rather than paying for a program they contend could lead to further privatization of the public schools.

Gov. Doug Ducey promoted the concept of transportation to expand school choice in his State of the State address earlier this year.

The bill has three main components to route around the traditional school bus:

Most students attend a public school, she said, whether it be a district or a charter school. But often, it’s a school outside their neighborhood school, making transportation an issue.

“No family should have to turn down the opportunity to attend the public school that best supports their child and their learning due to limitations in transportation and travel times,” Gullickson said.

She portrayed the bill as a chance to experiment with new ways to get kids to school. When one lawmaker conjured up the image of children piling out of a limo at the school gate, Gullickson discounted that likelihood. But, she said, options such as ride-sharing or public transit could be supported through the proposed grants.

Critics say some of the strategies suggested in the bill already exist, and some elements could have unintended consequences.

Grants could encourage more parents to drive, even when the school bus might pass near their homes, said Chuck Essigs, government-relations director for the Arizona Association of School Business Officers.

That could increase crowding at school drop-off lots at schools and risk student safety, he said. And it will make school buses less efficient if more kids ditch the bus for parent cars.

Districts already pay to transport children into their schools from other districts, according to the Arizona School Boards Association. This applies to children who are eligible for free and reduced-price lunch and who live 20 miles or less from the school of their choice.

Essigs said this provision could provide a disproportionate benefit to charter schools. Charters get $275 per child in state funding for transportation, although they are free to spend it in other areas, which most do.

If charters want to attract students to their schools by helping with transportation costs, the help is already there, he said.

The bill follows in the tracks of programs launched elsewhere.

Proponents such as state Rep. Shawnna Bolick, R-Phoenix, point to New Jersey as an innovative example. New Jersey requires school districts to provide transportation for all students who live more than two miles from their school. This can be a bus or other mode of transportation, or it can be a $1,000 annual stipend paid to parents to figure out their own transportation.

The requirement extends to all schools, including private schools. That has stoked concerns that Arizona’s bill is a first step in a process that ultimately will lead to more privatization.

“People are really starting to see that more and more, the answer is to privatize,” said Beth Lewis, executive director of Save Our Schools, which advocates for strong public schools.

State Rep. Mitzi Epstein, D-Phoenix, said proponents are using the usual sales job to promote changes that erode the public-school structure: pitching a program as intended for lower-income kids, only to see it expanded to other income brackets over time.

It would be better, Epstein said, if the focus was on the wider school system, not just subcategories of parents and kids.

The bill passed the House Ways and Means Committee on a party-line vote, with Republicans in support and Democrats opposed.

It now awaits a vote of the full 60-member House.