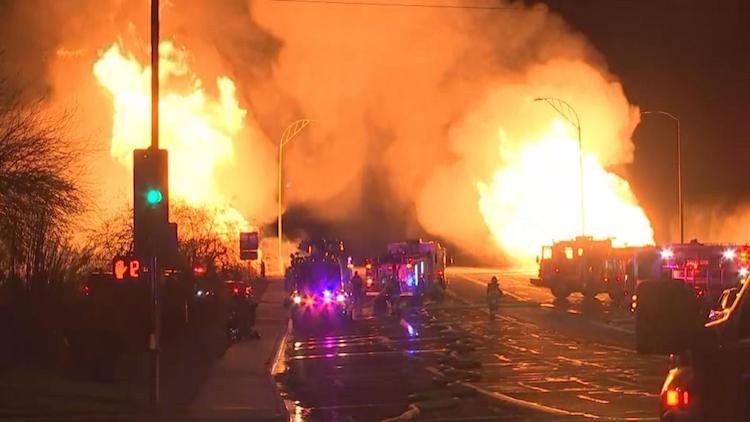 7th Street Bridge To Be Closed ‘For Several Months’ After Fire

Early Sunday morning crews were called to the scene near 7th Street and University Drive for reports of flames and smoke coming from under the 7th bridge.

According to Phoenix Fire officials, upon arrival, crews found 20- and 30-foot flames that were being fed by a 10-inch main gas line that ruptured.

Firefighters were able to quickly get hose lines operating to protect nearby exposures from burning.

Southwest Gas was called to the scene and secured the main which stopped the flames.

According to a Southwest Gas spokesperson, six commercial businesses are without service after crews stopped the flow of gas in the area.

There are no reports of injuries and an investigation to determine the cause and origin of the fire is underway. As a result, Phoenix city officials say the 7th Street bridge will be closed for several months. Alternate routes are suggested for people entering the south side of the city.