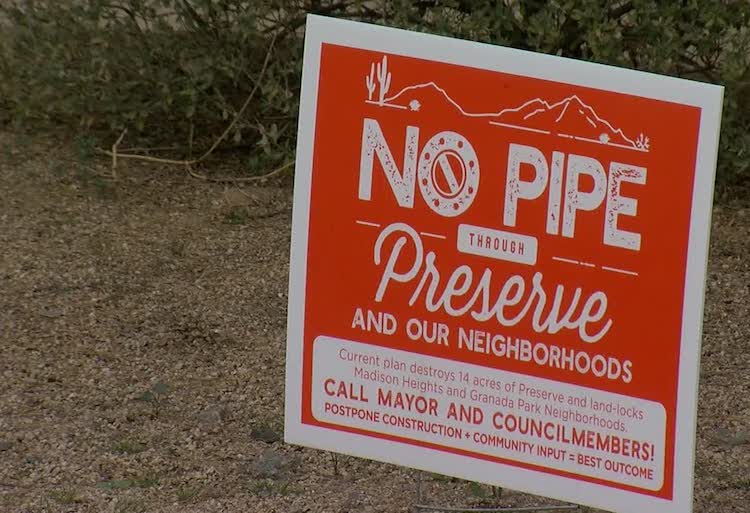 “When we first started, I wasn’t sure what we would be able to get changed,” says Goff.

She described the City of Phoenix’s plan as “disruptive” to the pristine preserve.

The city says the pipeline is necessary for future water security.

After three months of fighting, to Goff and her fellow advocates’ surprise, the council and city reached a compromise.

“It’s great to see that government can sometimes work together and get things done,” says state representative Aaron Lieberman.

Instead of following trails through the preserve, the pipeline will sit partly along SR-51 on a piece of land the city purchased from the Arizona Department of Transportation for one dollar.

“They were willing to work with us. They believe in our park system as well and wanted a great outcome,” Phoenix Mayor Kate Gallego said of ADOT’s cooperation.

“We’ll also continue to watch to make sure the money’s there and is spent on mitigation, which means they’ll replant natural desert plants native to this area to make it as good as it can be,” added Goff.

Construction for the pipeline is expected to start in the fall and will take about two years to complete.

Scottsdale’s OdySea in the Desert Complex Has Been Renamed

Restaurant To Donate Pizzas To Hospital