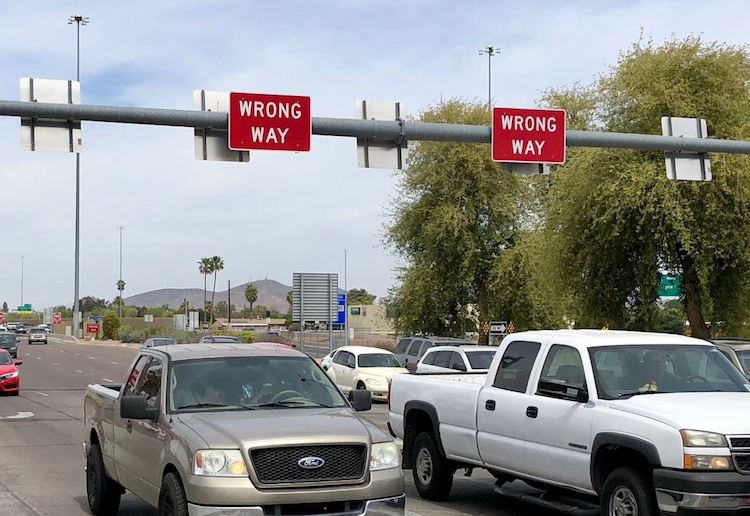 The Arizona Department of Transportation has received a 2019 National Roadway Safety Award for the wrong-way vehicle alert system being tested on Interstate 17 in Phoenix.

ADOT’s project is one of seven nationally to receive the awards, in which the Federal Highway Administration and Roadway Safety Foundation recognize roadway safety achievements that move the United States toward a goal of zero deaths and serious injuries on the nation’s roadways.

“This award acknowledges a key part of Arizona’s aggressive, coordinated response to reduce the risk of serious crashes caused by wrong-way drivers and make our roads safer,” Governor Doug Ducey said. “In addition to innovative engineering that’s leading the nation, we’ve increased penalties for those who drive the wrong way while impaired and invested in having more state troopers patrolling during nighttime hours, when wrong-way driving occurs most. We have more work to do, and improving safety for all our road users will continue to be a priority.”

This first-in-the-nation, $4 million system installed along 15 miles of I-17 uses thermal cameras to detect and track wrong-way vehicles while also immediately alerting ADOT and the Arizona Department of Public Safety. This can save state troopers valuable time in responding to incidents rather than waiting for 911 calls from other motorists, while also allowing ADOT to quickly alert other drivers via overhead message boards.

Since ADOT installed it in early 2018, the I-17 system has detected more than 90 wrong-way drivers, nearly all of whom turned around on off-ramps.

The system’s 90 thermal cameras are positioned to detect wrong-way vehicles entering off-ramps or traveling along I-17. A detection also triggers an internally illuminated wrong-way sign with flashing red lights aimed at getting the attention of wrong-way drivers.

ADOT is completing an evaluation of the I-17 system to determine which elements should be used on other freeways, including the Loop 202 South Mountain Freeway.

For more information on the award, please visit RoadwaySafety.org(link is external).