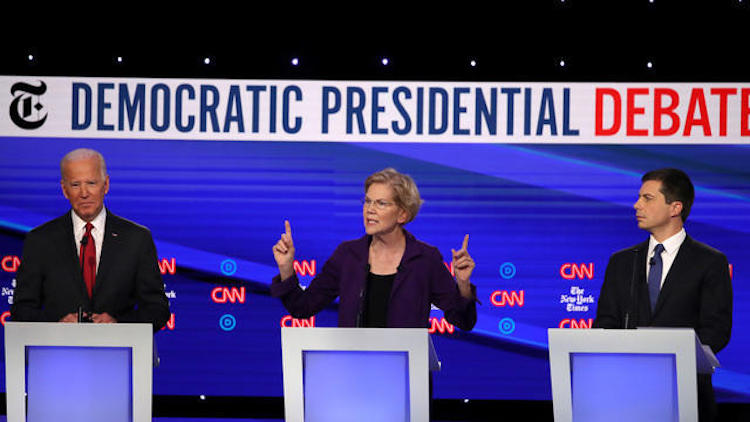 Mayor Kate Gallego has been pushing to get a Democratic presidential debate scheduled in Phoenix.

Gallego said she has had positive conversations with the Democratic National Committee and been in touch with Chairman Tom Perez.

“They told us they’ve not made any final decisions but that they’re looking very hard at Arizona,” she said.

The next two debates are set for Nov. 20 in Atlanta and Dec. 19 in Los Angeles. There are plans for six debates in 2020 at sites yet to be determined.

Arizona’s presidential preference election is scheduled for March 17, about midway through the nominating process and two weeks after Super Tuesday.

Because of this, Arizona, if chosen, would likely host a later debate featuring a narrowed field of Democratic candidates.

Gallego said the DNC previously scouted Arizona locations, many of which were in Phoenix, for the June debate that ended up being held in Miami.

“The path to the presidency goes right through Maricopa County, so I think all of the national candidates should be paying attention to Phoenix and our issues,” she said.