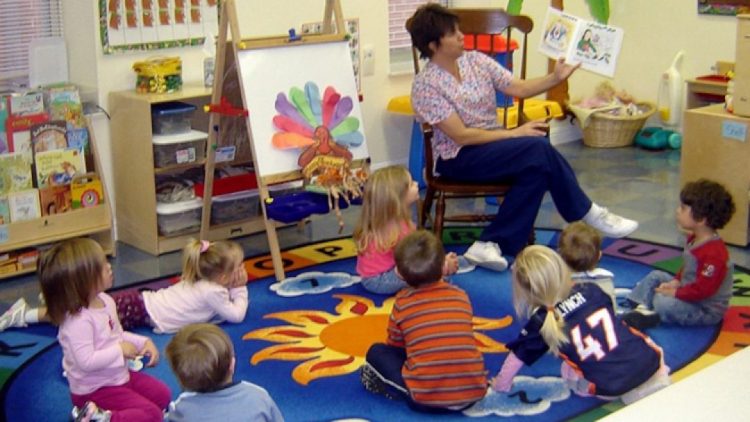 “Arizona is really toward the bottom of the pack,” said Steve Barnett, the co-director of the National Institute for Early Education Research at Rutgers University.

The report, which was released Wednesday, shows that only 4% of 4-year-olds and 2% of 3-year-olds were enrolled in state-funded preschool program last year.

Those numbers are well below the national averages. Nationwide, in 2018, 33% of 4-year-olds and 5.7% of 3-year-olds were enrolled in state-funded preschool programs.

In addition to the low enrollment numbers, the state’s preschool programs only met three of the 10 quality standards of the report. This is attributed to large class sizes and low teacher qualifications.

“The good news in our report is that Arizona did make some progress in terms of increasing spending on the programs to raise quality,” Barnett said.

According to Barnett, Arizona’s fluctuation in the last few years in enrollment and funding stood out to him.

“If Arizona could get on a schedule to make regular improvements – small steps forward in the right direction – a lot more children would have access and a lot fewer would miss out on the opportunities they need to get a good start,” he said.

The chief policy advisor for First Things First, believes the report shows that there’s room for improvement for preschool programs, but that her organization has its own way of rating the quality of preschool programs.

“When we rate a program, we actually go into the classroom and we observe the teacher working with the children. We observe the entire learning environment, and we take that information into account when we say that a program is either meeting the quality standards or not,” she said.

Alvarez believes the improvement is due to her group’s dedication to providing support to early learning programs.

“We know that this entire approach does work to improve the quality of early learning that children are receiving,” she said.