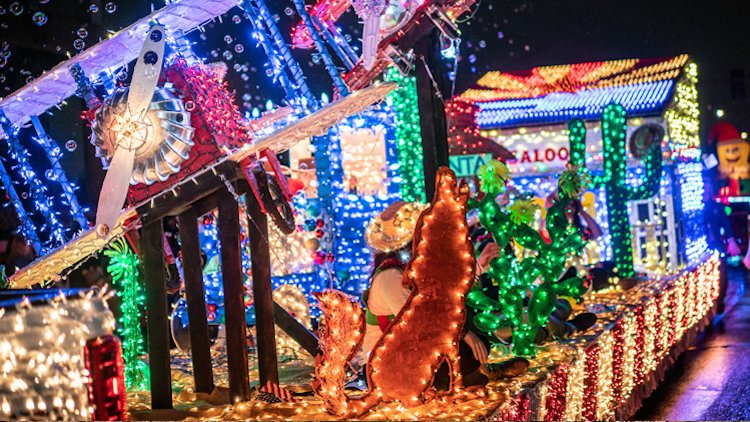 The lights and sounds of the APS Electric Light Parade are returning this holiday season! APS and the city of Phoenix Parks and Recreation Department would like to invite you to join us for a night of community and celebration. Entrants will interpret the theme of “Light Up the Night,” and are sure to light up the streets of central Phoenix on Saturday, Dec. 3, with their visually stunning displays!

The 2.3 mi. parade route​ starts at Central Ave. and Montebello Ave., travels south to Central Ave. and Camelback Rd., heads east along Camelback Rd. to 7th St., and continues south along 7th St. to its conclusion at Indian School Rd. The first parade entries will begin at 7 p.m. and take approximately 60 minutes to reach the end. It is strongly recommended that attendees arrive several hours in advance of the start of the parade.

​Helpful tips for those planning to attend this year’s parade:

If you don’t want to head out and brave the crowd and weather conditions, you can catch all the fun on the television.