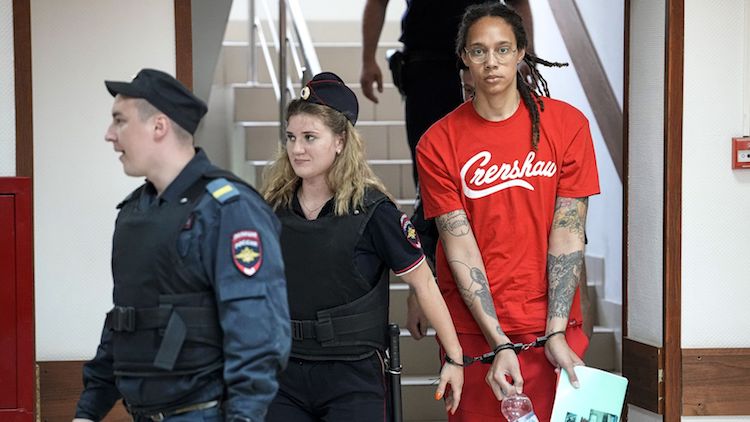 Phoenix Mercury basketball player Brittney Griner pleaded guilty to drug charges in a Russian court on Thursday. If found guilty, she could face 10 years in prison.

In the courtroom, Griner said she had not deliberately broken the law. “I’d like to plead guilty, your honour. But there was no intent. I didn’t want to break the law,” Griner said, speaking English which was then translated into Russian for the court.

“I’d like to give my testimony later. I need time to prepare,” she added.

Griner was detained and arrested in February at Moscow’s Sheremetyevo airport for trying to bring vape cartridges containing hashish oil derived from cannabis a substance illegal in the country. Griner has been kept in custody since.

Griner’s family have been in communications with U.S. President Joe Biden in an attempt to work to secure the WNBA player’s release. Griner even wrote a note to President Biden earlier this week, pleading for his help to step up U.S. efforts to bring her home.

Griner’s next court hearing has been scheduled for July 14.

Russian authorities claim there is absolutely no basis to consider Griner’s detention illegal and say that her case is not political despite Moscow’s tense relations with United States over the Russian military intervention in Ukraine.

The Russian foreign ministry has advised that Griner could appeal her sentence or apply for clemency once a verdict has been decided.