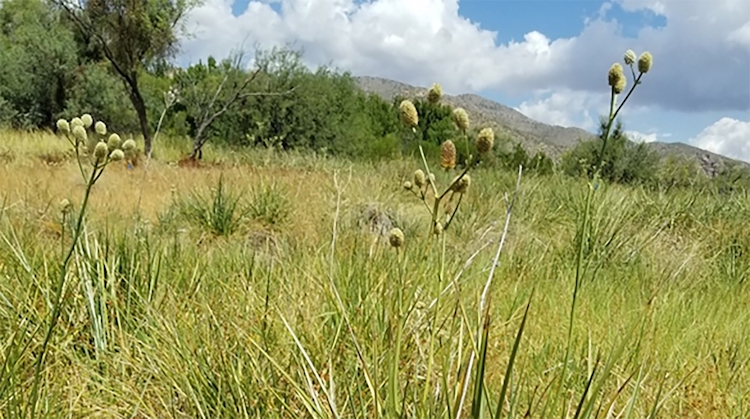 The U.S. Fish and Wildlife Service has listed the Arizona eryngo, a wetland plant, as endangered under the Endangered Species Act (ESA). The Service also designated 12.7 acres of wetlands as critical habitat for the species on public and private land in Arizona’s Pima and Cochise counties. This decision is based on review of the best available scientific and commercial data and follows a 60-day public comment period.

“The Service looks forward to continuing our work with conservation partners in Arizona to protect and recover this rare native plant,” said Regional Director Amy Lueders. “Partnerships will be central to addressing the threats to the Arizona eryngo and putting it on the path to recovery.”

The critical habitat designation identifies areas that are particularly important to the conservation of the Arizona eryngo. Development may still occur in these areas. However, federal agency activities or activities that require federal permit or funding must be analyzed to prevent the incidental adverse modification of the habitat.

The Arizona eryngo is a flowering plant in the carrot family that is frequented by pollinators such as butterflies and hummingbirds. It is native to Arizona and New Mexico in the U.S. and Sonora and Chihuahua in Mexico. It currently exists in four populations: two in southern Arizona and two in Mexico. The Bureau of Land Management, the Desert Botanical Gardens and Pima County have begun conservation efforts to establish additional populations.

The Arizona eryngo grows only in ciénegas, a type of wetland fed by natural springs. The water that feeds the wetland is being depleted by groundwater pumping and diversion, which is damaging the species’ habitat. The species is also threatened by nonnative plants and woody vegetation that invade this habitat as a result of groundwater depletion, and a warmer and drier climate due to climate change .

Healthy, native aquatic ecosystems contain some of the highest levels of biodiversity in the Southwest. Their protection and conservation is critical to both people and many other species of aquatic plants, insects, fish, amphibians, reptiles, waterfowl and wildlife. Efforts to protect ciénegas that the Arizona eryngo depends upon can benefit aquatic communities for future generations to enjoy.

The final rule listing the Arizona eryngo as endangered under the ESA will be available to read in the Federal Register June 10 at federalregister.gov by searching for Arizona Eryngo.