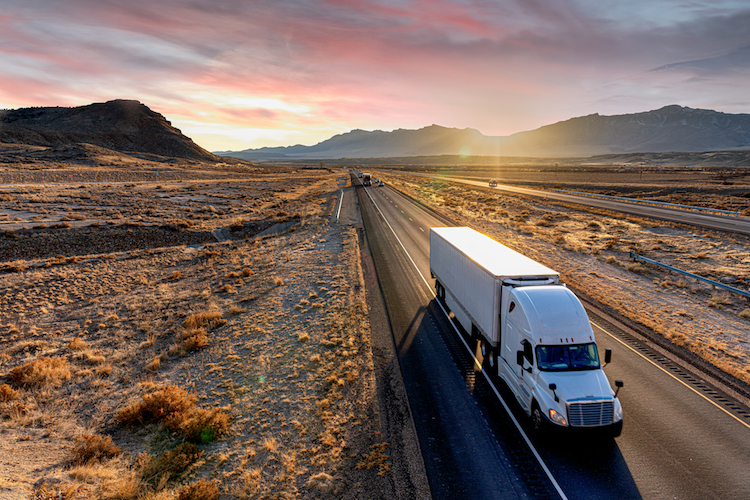 More than 400 formerly incarcerated individuals have completed a job-skills training program in trucking, a field that is currently in high-demand. The CDL program is a collaboration between the Arizona Department of Transportation (ADOT), Arizona Department of Corrections, Rehabilitation, and Reentry (ADCRR), Department of Economic Security (DES), the Phoenix Truck Driving Institute, and the Arizona Department of Health Services (ADHS). Since the program began, nearly 100 of the participants have earned their commercial driver license (CDL) and are working in the trucking industry.

The program, part of the Second Chance Center, allows certain inmates to obtain their commercial learner’s permit (CLP) before release. ADOT and ADCRR provide the curriculum prior to release from prison. Thanks to these partnerships, offenders are able to immediately enroll at the Phoenix Truck Driving Institute, or other CDL schools, to obtain their commercial driver license. ADOT’s Motor Vehicle Division works to address any license or identification issues. The program also works with the traffic courts to address any fines or issues upon successful completion of the program. MVD personnel also assist with the medical exam process for inmates as all commercial drivers must have a medical certificate.

“This is a great example of collaboration between state agencies to reduce recidivism and the shortage of commercial drivers,” said Eric Jorgensen, director of ADOT’s Motor Vehicle Division. “A commercial driver license really enhances the chances of getting a job because of the need in the industry.”

The program was launched at the Eagle Point Unit of Arizona State Prison Complex – Lewis as one of several career focused programs for inmates working towards their release at the Second Chance Center. This program was recently expanded to the Second Chance Center at the women’s Perryville Prison last November. So far, 76 women have completed the program prior to release from prison and are now able to pursue their CDLs in the community.

“We are extremely grateful for the collaborative efforts by everyone involved in this program, including state and local agencies, as well as community partners,” said David Shinn, director of ADCRR. “Programs such as this are crucial opportunities that help people change their lives as they return to the community.”

Currently, this program is also provided through virtual avenues at other prisons and may be expanded to additional state prisons in the future.

The program is funded through a grant from the U.S. Department of Education.