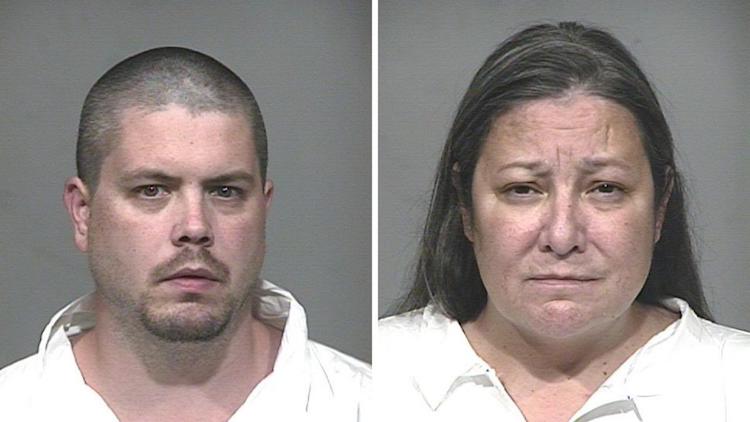 Scottsdale police have made an arrest in the death of an 11-year-old boy who died at a Scottsdale hotel on Sunday. The boy’s grandmother and her husband have been arrested.

Just before 5 p.m. Sunday, Scottsdale police were called to the Extended Stay America hotel near Scottsdale and Osborn roads for an unresponsive person who was not breathing.

According to police, the call to 911 came from the same room where the juvenile was staying with his family.

When officers arrived to the hotel, they located the 11-year-old victim and he was taken to a local hospital, where he was later pronounced dead.

Investigators removed several items from inside the hotel room, including mattresses that were marked as evidence.

Scottsdale Police say 51-year-old Stephanie Marie Davis and her husband, 33-year-old Thomas James Desharnais, have been arrested and were booked into jail on suspicion of first-degree homicide and two counts of child abuse.

Detectives on scene learned another young male child was under the care of the suspects. The Arizona Department of Child Safety responded and took custody of the young male child.

Davis is confirmed to be the grandmother of both the victim and the little boy found at the scene.

Police confirmed that they have had contact with the family prior to the juvenile’s death.

Both Davis and Desharnais face charges of first-degree homicide and two counts of child abuse.

No further details on the case have been released by police.

Free and Discounted Tickets to the Waste Management Phoenix Open