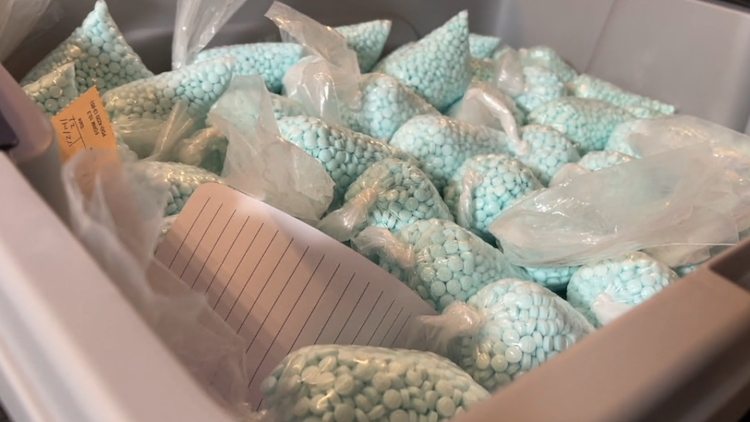 Scottsdale Police Seize $9 Million Worth of Fentanyl in Record Bust

Scottsdale police have successfully taken an estimated $9M worth of fentanyl off the streets.

Scottsdale police worked closely with the DEA to make the record bust of 1.7 million pills, which equates to 300 pounds of drugs.

Officials are saying that removing the large quantity of drugs from consumption could very well have saved hundreds of thousands of lives.

The Sinaloa cartel has been under investigation by the Scottsdale DEA Task Force for months. This investigation led them to multiple homes and lockers full of the deadly and  illegal drugs.

Fentanyl is not all that was confiscated. The bust also included 10 kilos of powdered fentanyl and one pound of methamphetamine. Meaning approximately 4 million more pills could have been made. The bust ultimately removed 6 million fentanyl pills from distribution. During a press conference, Arizona Attorney General Mark Brnovich during explained that would be enough to kill more than half the population of the state of Arizona.

DEA agents revealed that drug dealers are evolving their techniques to distribute, which now include using social media to sell drugs. A special warning to parents that drug dealers are emojis and coded lingo in their social posts that have very specific meanings. Parents are urged to talk to your children about these pills.

As of January 2021, DEA agents have officially seized more than 9.5 million pills in Arizona, which far exceeds last year’s numbers.