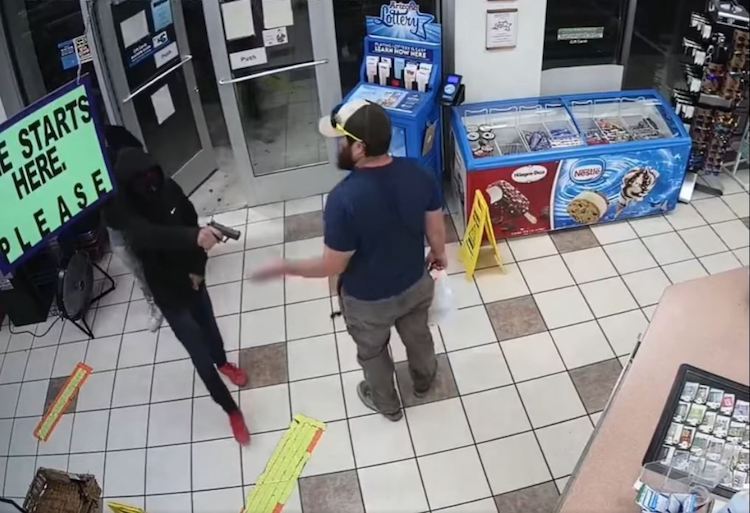 Once a marine, always a marine. A brave customer, who just also happens to be former U.S. Marine disarmed a robbery suspect at a Yuma gas station on Wednesday morning, ending the threat in a matter of seconds.

Officials say the incident took place Wednesday at a Chevron gas station near I-8 and Fortuna Road around 4:30 a.m. in Yuma, Arizona.

Surveillance video from inside the store shows three robbers entering the store with their faces covered, dressed all in black. The first man in the door was armed with a handgun, and immediately pointed the weapon at the cashier.

The customer, who was waiting in the store immediately reacted and was successful in disarming him.

Two suspects, who had barely even had a chance to enter the store immediately fled the area, and the Marine Corps veteran detained the suspect until police arrived.

The suspect was taken to Yuma County Juvenile Justice Center and booked on charges including armed robbery and aggravated assault.

When deputies asked how he was able to control the situation, the customer told the officers, “The Marine Corp taught me not to [mess] around.”

The other two suspects seen in the video are still outstanding.

No injuries were reported during the incident.

Anyone with information regarding this case, please contact the Yuma County Sheriff’s Office at 928-783-4427 or 78-CRIME.