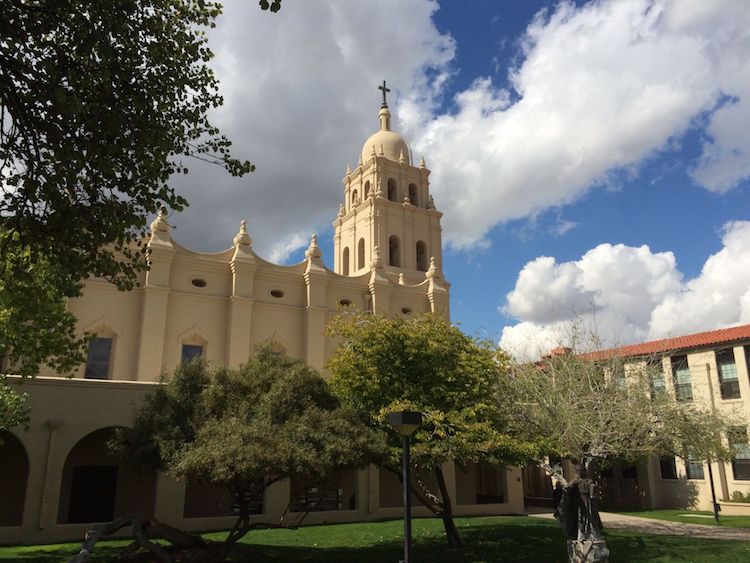 Parents and alumni of one of Phoenix’s most well-known private schools hope to change administrators minds when it comes to their vaccine mandate.

The principal of Phoenix’s Brophy College Prep is standing firmly behind the elite private school’s COVID-19 mandates in the face of a legal threat backed by hundreds of people who believe Brophy has gone too far.

Brophy College Prep recently sparked controversy when they announced plans for their students to get vaccinated, or submit themselves to on-campus weekly COVID-19 testing. Parents and students were notified about the policy right before school was set to resume, three weeks ago. Hundreds of people in the Brophy community are calling it an overreach. Some parents are even talking about pulling their kids out of school, or taking legal action against the mandate.

A group called “Concerned Parents of Brophy” sent a nine-page letter to the Brophy Board of Trustees last week. It was signed by more than 800 student family members, alumni, donors and supporters. They called on the board to revise the COVID policy.

“We are proud to be affiliated with Brophy,” the letter says. “It has been a positive force in our community for many years, helping our sons, grandsons, and friends grow into better men. It is a wonderful institution that has earned our support, affection, and gratitude.”

The letter goes on to say: “The administration’s recently announced vaccination mandate should be discussed thoughtfully and, ultimately, revised. In its current form, the school’s new policy is both under-inclusive and over-inclusive in material ways.”

The letter concludes with a warning about Brophy’s potential legal liability and student defections. “The families of at least 100 students are actively considering withdrawing from Brophy over these serious issues,” the letter says.

The letter gave the trustees a deadline of the close of business Wednesday to make the requested changes or schedule a meeting with the board for next Monday to discuss potential changes with parents.

Elaine Leonard has received the COVID-19 vaccine, as well as her whole family.

“We are all vaccinated primarily because my boys are half Navajo Indian, and we wanted to be able to visit family on the Navajo Reservation,” said Leonard.

Leonard’s son, Holden Wilson is a junior at Brophy. He already meets their vaccine mandate requirements, but Leonard still signed on to a letter that asks school administrators to change their minds

“We are more concerned about the medical freedoms, where parents aren’t able to make the decision about whether or not their child is vaccinated in order to attend Brophy without unreasonable requirements,” said Leonard.

Arizona’s vaccine mandate ban affects some, but not all schools

In Arizona, the government has banned vaccine mandates for public schools. Private schools do not fall under that mandate.

Governor Doug Ducey, whose sons attended Brophy Prep, was asked about the ban.

“Brophy is a Catholic school, and it’s an excellent school, and religious schools have protections, as they should, against government actions, so do many private schools. Everyone knows where I stand on this issue. I respect others with differing opinions, and they make decision under their authority.

In response to the vaccine mandate controversy, officials with Brophy have issued a statement that reads, in part: Our goal for this school year has been to return our students to a full and enriching in-person experience quickly and safely; our policy supports this goal.

The school as set the date for the mandate to take effect on Sept. 13.

Mother Arrested on Charges of Beating Teen Son, Locking Him in Bathroom for 3 Days