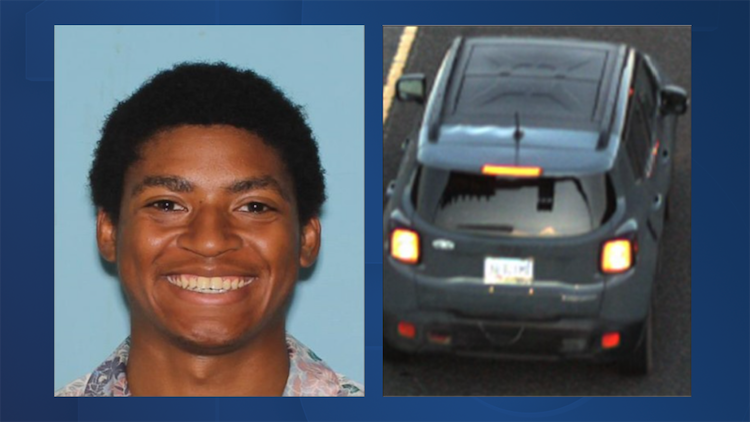 Vehicle Found in Search For Missing Man in Buckeye Area

Police are saying that foul play is not suspected after a missing man’s Jeep was found in a ravine.

The vehicle belonging to a missing 24-year-old geologist has been located in the Buckeye area, however the search for Daniel Robinson continues.

Robinson, 24, was last seen driving a blue 2017 Jeep Renegade away from his worksite in the desert area west of Sun Valley Parkway, just north of Cactus Road on June 23.

Robinson was in Arizona working at his first job as a field geologist in the desert landscape testing groundwater for Matrix New World Engineering, the company he works for. He moved from South Carolina in 2019.

The Buckeye Police Department said on Tuesday, his blue 2017 Jeep Renegade was located in the desert, with no signs of Robinson. The Jeep was discovered in a ravine and appears to have rolled and landed on its side.

The vehicle airbags had been deployed and police were able to tell that Daniel’s seatbelt was engaged at the time of the crash thanks to a “black box” type computer inside the car, but it could not tell the time or date of the crash.

Investigators found multiple personal items at the scene including clothes, his cell phone, wallet, and keys. According to Buckeye police, based on the personal items found in the vehicle, there is no foul play suspected.

Prior to locating the vehicle, detectives were able to obtain a ping from his phone, but were unable to track it due to the phone being off or out of range. His call records show that he has not made any calls or texts after leaving the area near his job site.

His family, friends and co-workers say in the days prior to his disappearance, he was not acting like himself, but say “there is no indication that he wished to harm himself or leave the area,” police say.

Robinson’s father David drove over 1,8000 miles to Arizona to find his son and has been working with Buckeye Police during searches.

“It’s very out of character,” he said. “He would never go anywhere without telling family.” 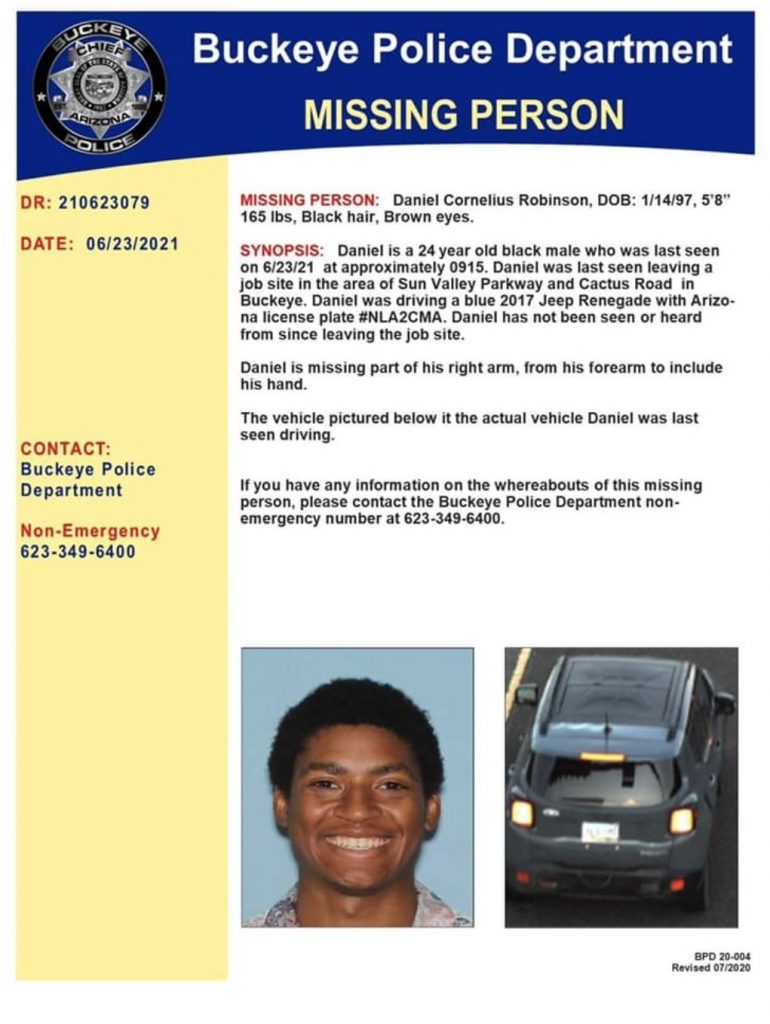