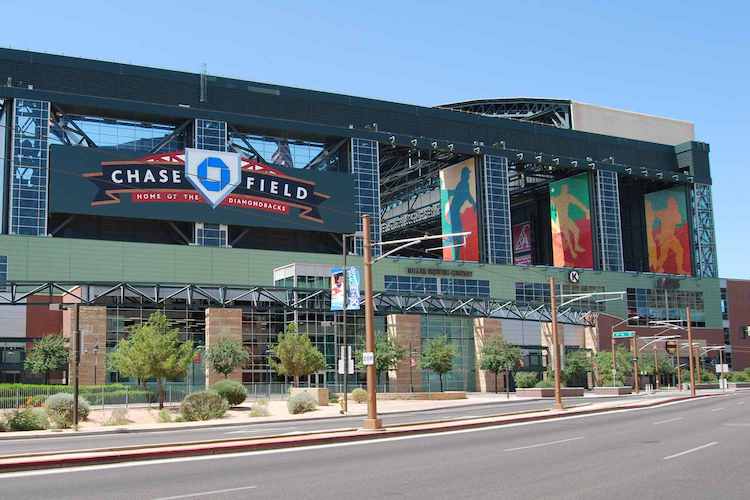 The Arizona Diamondbacks had a grand slam of a week at the state Capitol.

Not only were team owners given exclusive rights this week to run a multimillion-dollar sports betting operation, but the Arizona Senate approved a plan to tax fans to pay for stadium improvements.

The Senate also agreed to lend the team the state’s credit rating so it can finance the upgrades with low-interest government bonds.

Diamondbacks lawyer Nick Wood says the team isn’t looking for a handout, merely a financial structure that will allow it to make major improvements to Chase Field.

By which he meant they’re planning to hit fans with a 9% tax on tickets and anything else they buy at the ballpark or a nearby hotel the team hopes to build inside what will become the Diamondbacks’ “theme park.”

House Bill 2835 would expand the state’s definition of a “theme park district” to cover sports facilities. Basically, it allows for setting up a government authority to collect a sales tax within the district to build new features or pay for improvements and to issue low-interest municipal bonds to finance the work.

The 9% levy would be on top of the 8.6% sales tax that goes to fund government operations.

The Arizona Tax Research Association registered as neutral on the bill. ATRA’s Sean McCarthy points out that the 9% tax will eat into what the D-Dbacks can charge for everything from tickets to T-shirts, meaning it’s really the team that is paying for the improvements to the county-owned stadium.

“We’re not in the business of trying to help professional ballclubs access public terms for their stadiums,” McCarthy told me. “However, this (Chase Field) is already a public asset. County taxpayers paid for it, we own it and we have liability in it.”

Not everybody is on deck to support the D-Backs’ plan. Sen. Michelle Ugenti-Rita, R-Scottsdale, pointed out that most businesses plan ahead for tenant improvements rather than expecting the government to give them a hand.

She questioned who would be on the hook if the taxing district defaults on the bonds, though supporters of the bill assure people that would never happen.

“What this is going to do is establish a district so that a sports entity can utilize the credit worthiness of the state for their own personal benefit … ,” Ugenti-Rita said, during Tuesday’s Senate debate on the bill. “The taxpayers already paid for the stadium and now we have to pay for the improvements?”

The bill cleared the Senate on a 23-7 vote. After one final House vote next week, it’ll be on its way to Gov. Doug Ducey, who is likely to sign it.

Just this week, Gov. Doug Ducey signed a bill allowing the team the exclusive rights to run one of 10 off-reservation bookie operations in the state.

Just last month, Forbes released its Major League Baseball team values for 2021. The D-Backs are worth $1.32 billion, up 2% from last year.