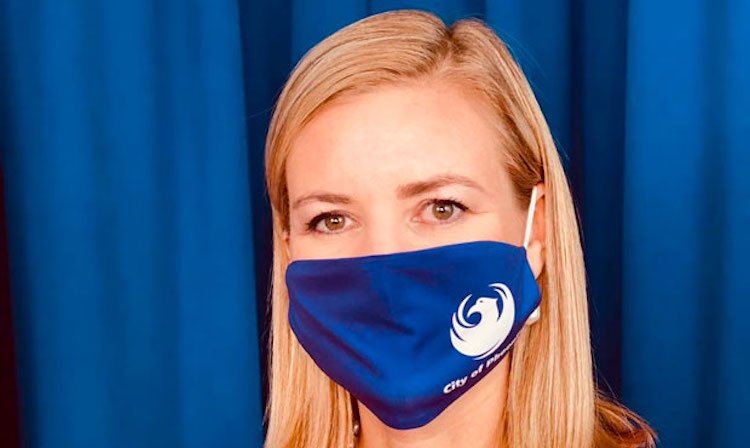 In a statement on Tuesday, Phoenix Mayor Kate Gallego announced the city’s mask mandate will continue and stay in effect despite Gov. Doug Ducey ordering local governments to abandon the requirement.

“I stand with the majority of the Phoenix City Council who agree that the governor’s unilateral decision to order cities to abandon mask requirements is a case of significant government overreach,” Gallego said in a statement. “The governor’s authority is not without limits.”

“The governor’s order has caused tremendous confusion, particularly for local businesses. I’ve spoken to many business owners who want to do the right thing but don’t know why they have to do it alone. They’ve been pushed into the position of having to defend their masking policies with no help or backup from local government. That is wrong,” Gallego said.

Gallego says she is basing her decision on various health experts confirming masks are the best technique for staying ahead of COVID-19, and are the best and fastest way to fully reopen and recover.

The state of Arizona never actually had a statewide mask mandate, but many cities enacted their own mask requirements.

While many cities followed Ducey’s executive order and lifted the requirement – including Mesa, Scottsdale and Chandler – others have stood against his decision.

Officials from Tucson and Flagstaff as well as Pima County said last week the mask mandates would continue, with Phoenix being the latest to not follow the order.

“My job, and that of the duly elected members of the Phoenix City Council, is to do what they believe is right for the people of Phoenix,” Gallego said. “A majority of the council believes, as I do, that protecting public health must come first. Every aspect of our economic recovery depends on defeating this virus.

“The decisions we’ve made in Phoenix to protect public health have worked.”

More than 2.3 million people have received at least one COVID-19 vaccine dose in Arizona, representing 33% of the state’s population.