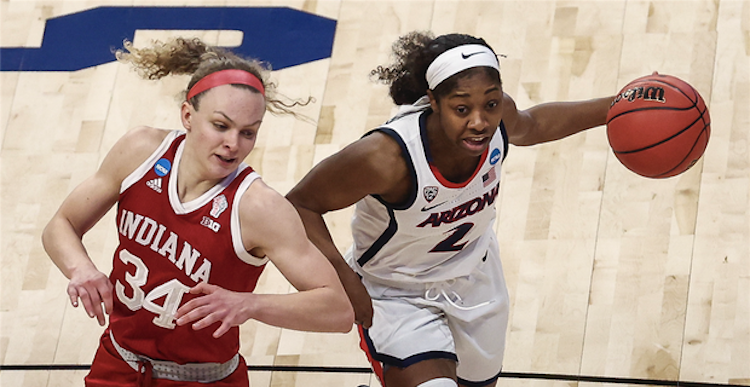 On Monday, the Arizona women’s basketball team made program history by defeating Indiana in the Elite Eight of the NCAA Tournament 66-53, advancing the team to their first Final Four.

The Wildcats were led by their All-American senior guard Aari McDonald, who scored 33 points and grabbed 11 rebounds. Trinity Baptiste was the only other player to score in double-digits with 12 points.

Arizona shot the ball well from three, shooting 43% from deep. The Wildcats were relentless. In the fourth quarter, each time Indiana hit a big basket to inch back into the game, the Wildcats would hit a big three to keep the Hoosiers back.

The Wildcats controlled the point by outrebounding the Hoosiers 42-34. Arizona outshined Indiana by rebounding them 11-7 and that led to 12 second-chance points. McDonald, who is five-foot-six inches tall, led the team with 11 rebounds.

“[McDonald] has been amazing,” head coach Adia Barnes said. “Stars make big plays. They step up when it really counts. No one remembers how you start, they remember how you finish… She’s been unstoppable, no one’s been able to guard her.”

On Friday, April 2nd, Arizona will face No. 1 seed UConn. Good luck to the Wildcats on their first trip to the Final Four.

Arizona Science Professor to be Passenger on SpaceX Flight