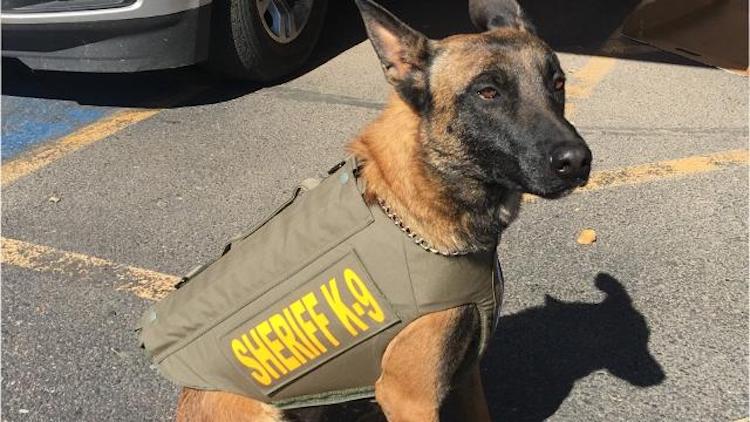 The Arizona Department of Public Safety is in the midst of swapping out their drug-sniffing dogs and replacing them with canines that do not detect marijuana. The department says the move is related to the passage of Prop 207 legalizing recreational pot in Arizona.

Some law enforcement experts applaud the move to keep up with evolving marijuana policies, while others worry a diminishing canine unit will allow crime to continue under the radar.

“They hit money going back down south to the cartels, sometimes they hit on drugs and they get in the car and find child pornography,” says Jeff Hawkins, president of the Arizona State Troopers Association.

Now that it’s legal in Arizona to have up to an ounce of pot, Hawkins says, DPS decommissioned 15 of their drug dogs out of a force of about 30 canines. Once a dog is trained to alert on marijuana, the dog cannot be retrained. Thanks to a grant, eight new canines are in training right now, says Hawkins, but it will take time and money to fully restore the canine unit.

“It will take some funding from the Legislature to purchase new dogs,” says Hawkins.

Hawkins says each dog has a price tag of about $11,000. That doesn’t include costs for training the canines.

At the heart of the issue is predicting how cases involving evidence found by canines will hold up in court. A drug dog must alert an officer to an illegal substance to develop probable cause justifying a search.

The Maricopa County Attorney’s Office says that prosecutors review cases to ensure they meet the agency’s legal standard of “a reasonable likelihood of conviction.” MCAO says the impact of Prop 207 on cases where canines were used in an investigation will likely be prosecuted on a case-by-case basis.

“In the field, dogs that sniff out marijuana, it’s a thing of the past,” says Terry Blevins, a retired law enforcement officer with decades of experience, including working with the Maricopa County Sheriff’s Office. Now Blevins advocates for criminal justice reform through the nonprofit Law Enforcement Action Partnership.

“At least there’s a little bit of sanity coming into the conversation,” says Blevins, who says attitudes about marijuana are evolving.

Now that pot is being grown and sold legally in Arizona, Blevins says, gone are the days of large pot seizures.

“There’s less and less need for it to be transported, first of all, mainly across the Mexico border,” says Blevins. “That has dropped drastically.”

Last year, DPS canines helped seize more than 3,700 pounds of pot, the lowest amount in almost 10 years, according to the agency’s annual reports.

“That’s really what they’re looking for is the big picture,” says Hawkins.

As for the decommissioned dogs, several of them were repurposed to work in the prisons where it is still illegal to have marijuana. Troopers were also given the option to adopt the dogs they work with.