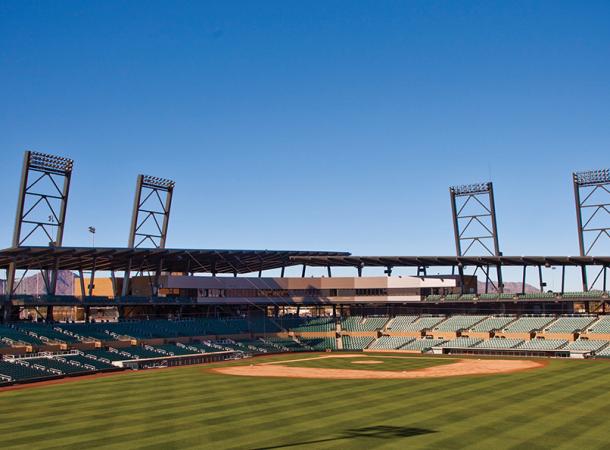 The D-backs announced on Sunday that all 15 Spring Training home games for both the Arizona Diamondbacks and Colorado Rockies have sold out at Salt River Fields at Talking Stick.

Tickets to the D-backs’ away games may still be available.

Salt River Fields, like all of the other Spring Training stadiums in the Valley, are operating at significantly reduced capacities this season due to the pandemic. Approximately 2,200 fans will be allowed inside Salt River Fields for each home game, compared to the stadium’s total 11,000 seat capacity.

Tickets to see the Cincinnati Reds and Cleveland Indians go on sale on Monday, followed by the Los Angeles Angels on Tuesday, and San Diego Padres and Seattle Mariners on Wednesday.

The Giants said season subscribers would have first priority at Spring Training tickets and any remaining would go on sale to the general public.

Here is a list of changes fans should know for Spring Training games this year:

Guide: What to Expect at Spring Training Stadiums.