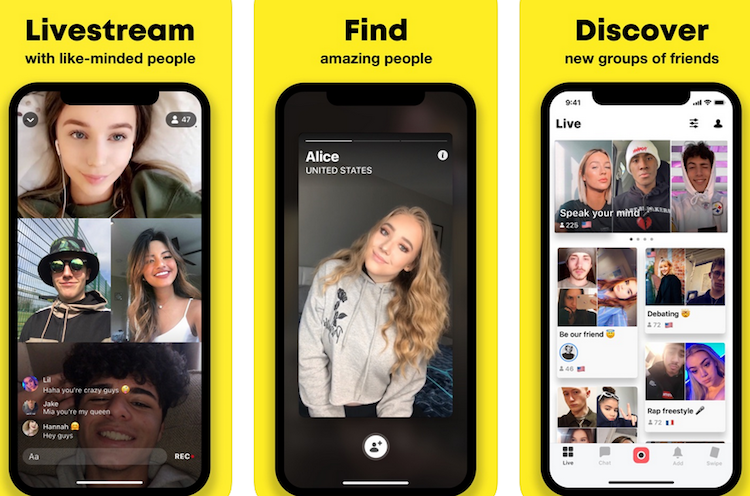 A Valley dad is warning parents about a sexting app he believes has just blown up in popularity during the COVID-19 pandemic.

The app is touted as Tinder for teens, but internet crimes experts said a lot of really young kids are using it.

“What I ended up learning was daunting, I mean probably fairly inappropriate to talk about some of the things I’ve read,” said parent Travis Rawlings.

Paradise Valley father of three Travis Rawlings said he thought he had it all figured out when monitoring his kids’ phones.

“We check what we use. We check Facebook, we check text messages, we’re checking phone calls,” said Rawlings.

But last week, he said an unsuspecting little yellow icon got his attention.

“There was an app called Yubo, Y-U-B-O that was just pinging the phone and I didn’t know what it was,” said Rawlings.

Yubo markets itself as a social live-streaming app but others tout it as a “Tinder for teens,” resembling a dating app.

“You can decide whether you want to swipe left or right. This is engaging kids to have secret intimate lives,” said Rawlings.

Rawlings said his son started using the app around the time his school went remote.

“COVID has caused a lot of social breakdowns. Kids are meant to be social, and the only way they can communicate is through apps right now,” said Kathleen Winn.

Winn, who runs a Valley organization against sex trafficking, said YUBO is also increasingly becoming a breeding ground for child predators. She cited a case in Florida where a 28-year-old man used it to meet a 13-year-old girl for sex.

“Young people being preyed upon to send inappropriate content,” said Winn. “Back to idle hands, we have teenagers at home with nothing to do with technologies available to ultimately have them secretly create relationships; we have no influence over them.”

Winn has advice for parents.

“You wouldn’t just let your kids walk out the front door and not know where they are. The same goes for online,” said Winn.

The company released the following statement:

Yubo is appalled and very concerned to learn that a young person may have been abused after meeting an adult on our service. We take this very seriously, and we have already reached out to the local law enforcement agency to ensure the alleged offender faces the full force of the law.

Yubo has for the past 3 years made the prevention of child abuse of any kind its key priority. We use both technical and human resources to prevent such behaviour, especially the grooming and targeting of young people, and when detecting it, we report it immediately to law enforcement agencies in every country, including the US.

So what can parents do?

Whether it’s Yubo or some other app it is recommended to make sure your child is not using apps with messaging functions and to be wary of “secret” apps that are disguised to look like something they are not. For example, an app that looks like a calculator that actually hides photos, videos, other files and browser history.

It can seem like a second full-time job keeping track of not only what’s on their phone but what they’re doing with it.

Several sheriff’s offices have warned about apps to be aware of—like LiveMe , Whisper and Monkey—that predators can and have used to reach children.

There are also apps out there, like one called Bark, which lets you monitor different functions on your kid’s phone.

Also, there’s a chance the law enforcement agency where you live offers free sessions for parents and students to learn about online safety.

Here is a list of apps to watch out for: