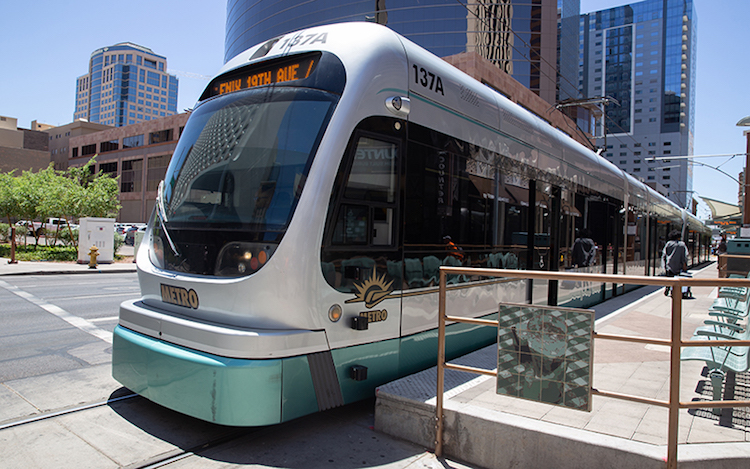 The project will receive $530 million from the Federal Transit Administration’s Capital Investment Grants Program, representing the federal government’s role in helping to fund and manage the extension, according to the release.

The other $108 million comes from the Federal Highway Administration.

The 5.5-mile extension will connect the existing light rail tracks that run along Central Avenue in downtown to Baseline Road in south Phoenix with completion of the project expected in 2024.

It is estimated that 38% of the population in this area lives below the poverty line, according to the release, with 12% of households not owning a car.

“By connecting South Phoenix with the rest of the Valley Metro light rail, this project will give folks a reliable transportation option and increase economic opportunity,” Kelly, who was sworn in on Wednesday, said in the release.

The project gained federal approval back in April 2019 to enter the Engineering phase, opening it up to the Federal Transit Administration grant program.

Costing around $1 billion, the project previously received two $100 million federal grants, one in July 2019 and the other in May of 2020.

A proposition to block the extension project was shot down by voters in August of 2019, allowing work to continue.

The light rail extension will also add a downtown hub between Washington and Jefferson streets, according to the official website, along with two park and rides on the five-mile stretch.

People can keep track of progress on the project by downloading the Construct VM app on both iOS and Android devices, featuring photos and videos of the construction, frequently asked questions and information on local businesses around the extension.