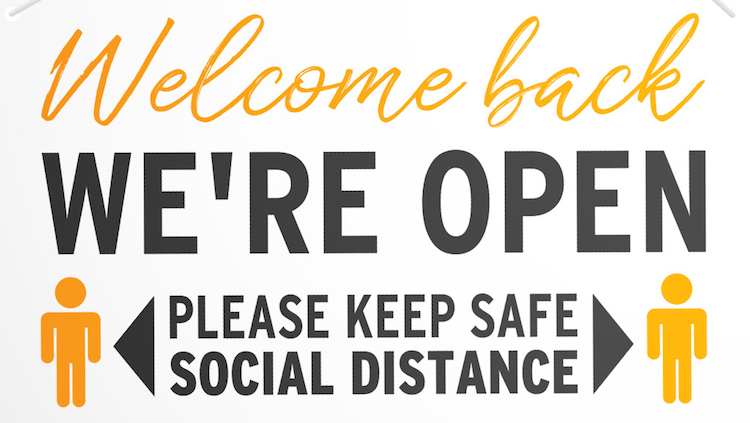 Arizona businesses that were forced to close in June can now reopen everywhere in the state, although COVID-19 trends are getting notably worse in some regions.

Graham on Thursday became the state’s final county to reach the moderate spread stage, the level needed for businesses closed under executive order to start reopening.

Fourteen Arizona counties are now classified as being in the moderate stage by the Arizona Department of Health Services, with one – Greenlee — doing especially well in the minimal stage.

“The choices Arizonans have made in the interest of public health have gotten us to this milestone,” Health Director Dr. Cara Christ said in a press release.

“COVID-19 remains in our communities, so it’s essential that everyone continue masking up, maintaining physical distance, washing our hands thoroughly and often, and taking other steps to reduce the spread.”

Meanwhile, two Arizona counties fell to the substantial range in one metric, although that didn’t change their official status.

Pima and Coconino counties saw a rise to the substantial range in cases per 100,000 residents, one of three benchmarks in the state health department COVID-19 business dashboard, which is updated every Thursday.

The other benchmarks are for percent positivity of diagnostic testing and hospital visits for COVID-like illnesses.

The dashboard was created to determine when it was safe to start reopening indoor gyms, bars operating as restaurants, theaters, water parks and tubing venues, which Gov. Doug Ducey closed under executive order.

Counties had to be classified as moderate or minimal in all three metrics for at least two consecutive weeks for those businesses to resume operations, if they agreed to adhere to capacity restrictions and COVID-19 safety protocols that vary by industry.

However, counties that have reached reopening levels won’t have their official statuses downgraded unless they fall into the substantial range for each metric, health department spokesman Steve Elliott said.

Maricopa County has reached the minimal level in two metrics but will likely remain in the moderate stage for the foreseeable future. The number of cases per 100,000 in the Phoenix area increased in the latest week of data to 44, still well below the moderate threshold of 100 but far from the minimal benchmark of 10.

Bars and nightclubs that offer dine-in restaurant service can operate at 50% of capacity in both the moderate and minimal ranges.

Indoor theaters are limited to 50% capacity in both the moderate and minimal ranges.

Water parks/tubing operators can operate at 50% capacity in both the moderate and minimal ranges.

Multiple businesses that had been allowed to reopen have been closed by the state for violating health protocols.