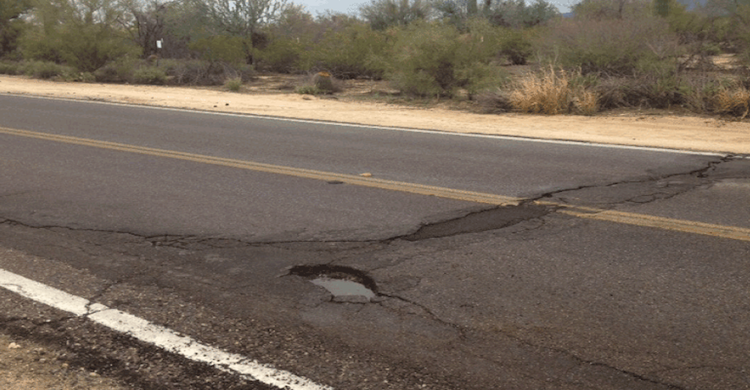 $23 Million Headed to Arizona For Emergency Road and Bridge Repair

More than $23 million in emergency federal aid is on its way to Arizona to reimburse the Arizona Department of Transportation for costs to repair damage to roads and bridges during recent fires and floods.

The funds reimburse the state for dollars used for repair work that has already been completed except in the case of this summer’s Bush Fire where work is still continuing on damage to a portion of State Route 87 north of Fountain Hills and parts of SR 188.

“Making sure Arizona drivers are safe on our roads and freeways is ADOT’s first priority,” said State Engineer Dallas Hammit. “ADOT is constantly maintaining, improving and repairing vital infrastructure throughout the state and these federal funds are a very valuable and necessary part of those efforts.”

Arizona is also being reimbursed for state funds spent to make now-completed repairs to SR 88 and SR 366 following damage due to fires and flooding in July 2017. Also, work was required on SR 87, SR 260, SR 89 and SR 89A after rainfall from remnants of Hurricane Rosa caused flood damage in September 2018. In September 2019, rainfall from Tropical Storm Lorena caused flood damage to SR 87, SR 88 and SR 260.