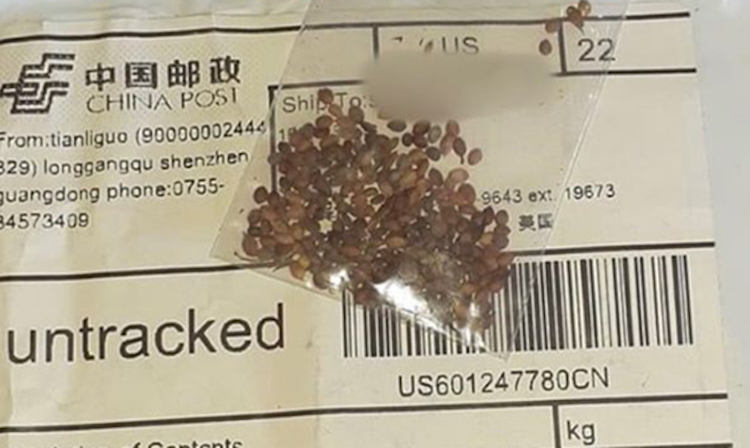 Arizonans Have Received Packages of Unidentified Seeds from China

Unidentified seeds that authorities have warned about and appear to be from China have surfaced in Arizona.

The Arizona Department of Agriculture is asking residents who recently received seeds in the mail that they didn’t order, not to throw them out, but to instead send or drop them off at department locations in Phoenix, Tucson or Yuma.

While the U.S. Department of Agriculture posted a notice to its site stating it will test the seeds it has collected, the department said there was no evidence indicating it to be anything other than a scam.

“At this time, we don’t have any evidence indicating this is something other than a ‘brushing scam’ where people receive unsolicited items from a seller who then posts false customer reviews to boost sales,” the statement said.

The department warned people not to plant the seeds. Unknown seeds have the potential to be invasive to the environment.

Agriculture departments in 30 states have released warnings about the seeds.

The police in Whitehouse, Ohio, where a resident reported receiving seeds, said the packages appeared to be a part of a “brushing” fraud.

“A brushing scam,” the department said on its Facebook page, “is an exploit by a vendor used to bolster product ratings and increase visibility online by shipping an inexpensive product to an unwitting receiver and then submitting positive reviews on the receiver’s behalf under the guise of a verified owner.”

Although the seeds did not appear to be “directly dangerous,” the department said, “we would still prefer that people contact us to properly dispose of the seeds.”

If you receive a package of seeds in the mail that you did not order, do not plant them and contact the Arizona Department of Agriculture.

Tools To Help Your Child During Virtual Learning