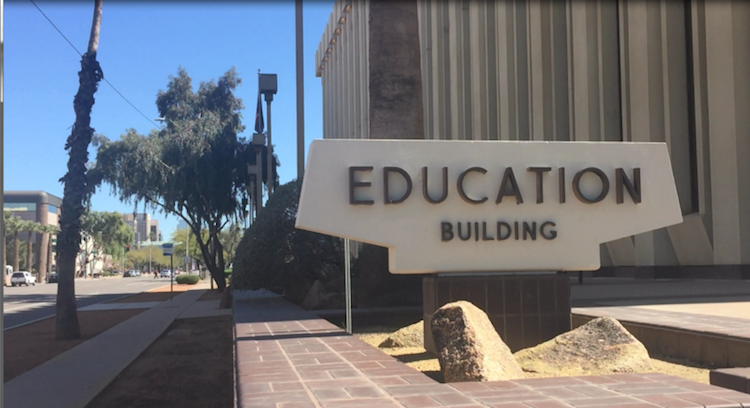 Arizona has the third-worst public school system in the U.S., according to a ranking from WalletHub released Monday.

The personal finance website ranked Arizona No. 49 out of the 50 states and Washington, D.C., for public education.

WalletHub’s methodology focused on two key metrics — quality and safety — that were then broken down into several key areas.

Arizona schools fared poorly in quality, only ranking ahead of New Mexico.

The metric took into account areas such as standardized testing scores, graduation rate and dropout rate.

The Grand Canyon State was on the wrong side of the rankings in terms of median ACT test scores (No. 44) and dropout rate (No. 47).

The state fared better in the other major metric used to compile the rankings.

Arizona was near the middle when it came to safety, finishing with a ranking of No. 31.

This year, the safety metric took into account the effects of the coronavirus pandemic.

That included length of closures due to COVID-19 and access to remote learning options for schools unable to open.

Other factors normally included in the metric included a number of school shootings, bullying incidence rate, and youth incarceration rate.

Arizona’s neighbor to the east, New Mexico, was ranked as having the worst public school system while Massachusetts was ranked as the best. Louisiana (No. 50) also was ranked below Arizona.

Tools To Help Your Child During Virtual Learning