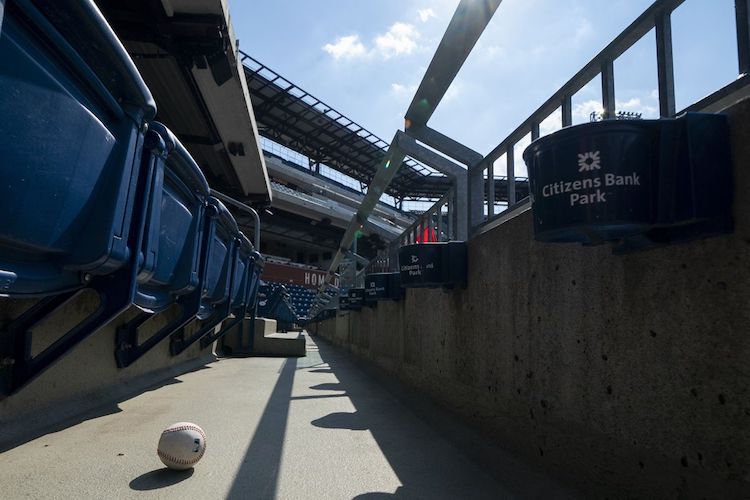 MLB Season May Be In Jeopardy After COVID-19 Outbreak

Fans have been waiting four months for the Major League Baseball season to return, and just 72 hours into the season, it could all be ending soon.

The Marlins have at least 14 players and staff members who have tested positive for COVID-19. The team canceled their flight home from Philadelphia after playing three games this past weekend.

The Marlins team has not determined how the outbreak occurred. The team played exhibition games in Atlanta before their travels to Philadelphia.

The decision rests in the hands of Commissioner Rob Manfred, who must decide whether to delay the season, postpone it until further notice or look at the Miami Marlin’s outbreak as an isolated case.

For now, two games scheduled for Monday night with Marlins’ against the Baltimore Orioles and New York Yankees against the Phillies in Philadelphia have been postponed.

As of late Monday morning, the remaining games scheduled for the day were to be played as scheduled, according to a baseball official.

An outbreak this early on in the 60-game season could be baseball’s worst nightmare.

As of now, the game will go on, but with this initial outbreak, the MLB is on high alert and canceling further games may be in the future.

Certainly, the Marlins’ outbreak is creating fear throughout the industry. How many more players will now opt-out?

“They can honestly refuse not to play, right?’’ Marlins manager Don Mattingly said Sunday. “Everybody could opt out today. Again, I think we’re getting down the road, but I think there are discussions.

“I think it’s fair to say that guys are concerned about things and they want their feelings to be heard. I think it’s fair. We’re talking about health, traveling back to their homes and their families and their kids. It’s a reason we want to be safe. They have a voice.”

The words that fans do not want to hear “Wait ‘Til Next Year,’’ could be hovering over the entire baseball industry.