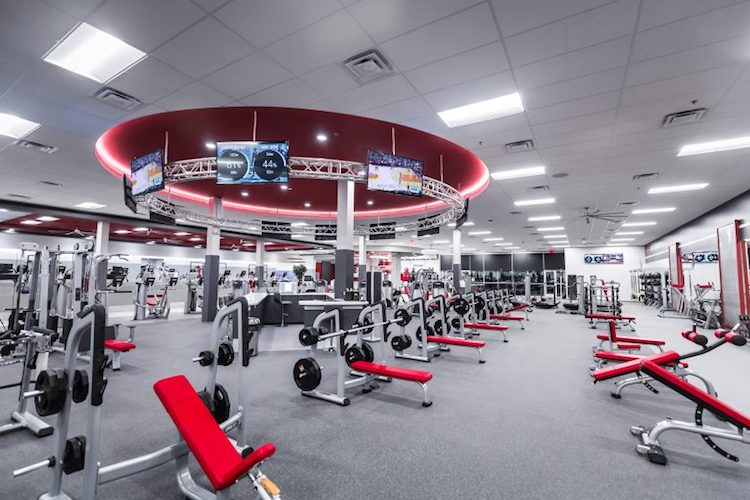 Arizona officials have released tentative plans under which the state’s indoor gyms and fitness centers would be allowed to reopen, but no timetable for when that will happen.

The top of the Arizona Department of Health Services website on Friday morning had a link to a draft document, dated Wednesday, with a list of requirements so gyms can be prepared to reopen when they get the green light.

“We wanted to make sure that they had an idea of what we were thinking so that they could be ready to go when the decision is made that they can reopen,” Health Director Dr. Cara Christ said.

She made it clear that gyms can’t open Monday and must remain closed until Gov. Doug Ducey says otherwise, “even if they meet the requirements that are in the draft document.”

Based on the current state of the coronavirus pandemic in Arizona, Christ said, “Even if everybody was potentially doing everything right, this still is a high-risk setting that can transmit COVID.”

The health department also posted a form for gyms to submit to attest they are following orders to stay closed and will follow requirements to reopen when given clearance.

Ducey mandated that the requirements and form be created in his June 29 executive order that closed gyms and fitness centers, bars, movie theaters, water parks and tubing in an effort to combat a spike in coronavirus cases in the state.

The order had no set end date but had a provision calling for it to be reconsidered for repeal or revision every two weeks starting July 27.

On Thursday, Ducey said he was extending those closures without setting a timetable, citing federal guidelines.

“Now, people ask, ‘How do we come up with these venues for closure?’ and I want you to know this is the direct recommendation from the Centers for Disease Control,” he said during a press conference. “So when you say your decisions are going to be guided by public health and not politics or what’s popular, you listen to public health, and the recommendation for these venues is closure.”

The initial closure order has survived several legal challenges, including separate lawsuits by Mountainside Fitness and a group of bars that were forced to shut down.

The newly posted requirements and form address only indoor gyms and fitness centers, not the other businesses included in the order.

The four-page draft, which is clearly marked as “subject to change,” includes a provision that gyms and fitness centers would be able to operate only at or below 50% occupancy, not including staff.

The document also says communal spaces where people are likely to gather would have to be closed or monitored by staff to enforce adequate physical distancing.

The rate of new Arizona coronavirus cases has shown signs of slowing in recent weeks following the implementation of face mask requirements in many areas — including all of Maricopa County — plus Ducey’s closure order and his mandate that restaurants keep their occupancy below 50% for dine-in service.

Those moves were made after the state became a global hot spot for the coronavirus, which has no impact on some people and is seriously debilitating or fatal for others. Infected people without symptoms – which include but are not limited to cough, fever and difficulty breathing — are capable of spreading the virus.

Christ said the health department is evaluating the situation as it relates to policy on a daily basis.

“We will take a look and make recommendations as we see improvements in the data,” she said.

Arizona’s weekly positive rate for diagnostic PCR tests, which indicates how much the virus is spreading, is on pace to fall for the third consecutive week and was at 14% for tests given and processed this week as of Friday.

Christ said health officials are analyzing a variety of metrics, including the positive test percentage, which she said is still too high but doesn’t necessarily have to fall to the 5% recommended by the World Health Organization.

According to the Associated Press, the seven-day average for newly reported cases fell to 2,618.71 on Thursday, the lowest point since June 22.

“We continue to monitor the cases,” Christ said. “We want to see … a trending down in the number of cases. I don’t know if we have a target number because it’s so dependent on who the population is and if they’re symptomatic and how they’re spreading it.”

Arizona’s 20-day streak with at least 3,000 COVID-19 inpatients each day ended Wednesday, and on Thursday the number fell to its lowest point this month.