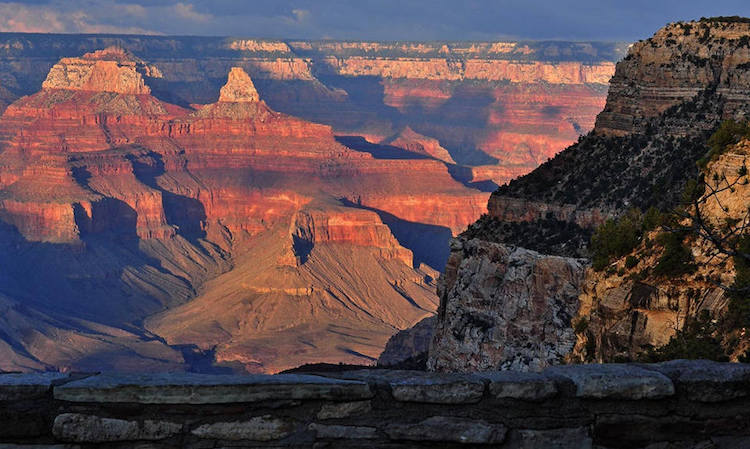 The North Rim of the Grand Canyon will reopen Tuesday for day use, national park officials announced.

The gate will be opened at 6 a.m. and services will be limited on the Kaibab Plateau as the Mangum Fire continues to burn but has reached 63% containment. The blaze has eaten through more than 71,000 acres.

Park visitors will be mostly on their own. The visitor center and campground are closed, as are the Grand Canyon Lodge, food and beverage services, the General Store, trail rides, gift shop and the bookstore, according to a press release.

The North Rim Backcountry Information Center is open but no new permits will be issued, officials said.

The area was closed June 12, four days after the fire broke out in the Kaibab National Forest, which borders the north and south rims of the canyon.

Although the Mangum Fire isn’t burning inside the park, state highways 89A and 67 – the main road to the North Rim – were blocked off.

The roads were reopened early Sunday.

The Grand Canyon has Stage 2 fire restrictions in place. There can be no campfires or charcoal or wood-burning flames. Smoking will only be allowed inside an enclosed vehicle or building, a developed recreation site or somewhere that is 3 feet clear of flammable material

The South Rim has not been affected by the wildfire.