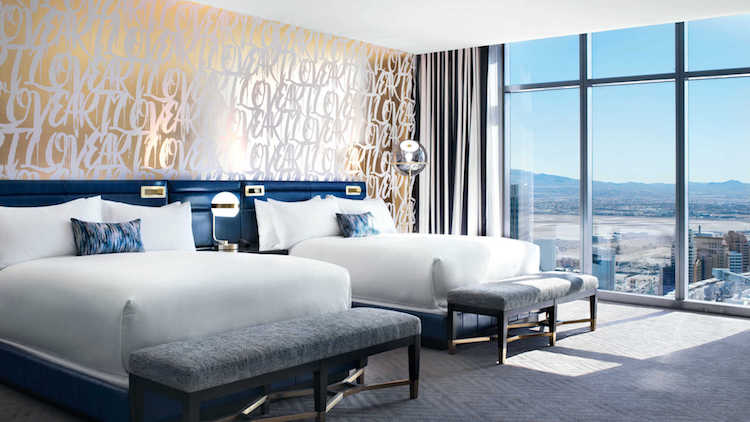 Deal-seeking travelers know the lockdown won’t last forever, and they’re anxious to hit the road when it’s deemed to be safe.

Tech-savvy entrepreneurs and hotel groups have come up with the idea of selling credits that can be bought at a discount to be used for future room nights, food and for services like spa treatments.

If consumers bite, it’s a win-win – hoteliers make a dent in their massive losses and locked-down customers get a big break on a future hotel stay. Whether or not it ends up making much of an impact, the concept shows that the hotel industry is at least trying to think creatively as it faces one of its biggest crises ever.

The deals vary. Oxford Hotels & Resorts, which is testing the idea at four of its upscale hotels in its hometown of Chicago, is selling $100 “bonds” good for $150 in credit for use after 60 days. At least two other sites are letting hotels set their own deals. The creator of one, Caitlin Zaino von During of Hotel Credits, says the “sweet spot” among properties on the site appears to be $200 in return for $300 in future credit.

“Everyone is scrambling to build occupancy in their hotel,” said George Jordan, president of Oxford, which has hotels from Boston to San Francisco. “You’re not going to get any business today because of the travel bans,” he says, but the credit program will “raise revenue for a future day.”

Oxford is trying the idea out at its 452-room LondonHouse Chicago and three smaller boutique hotels, Hotel Essex, Hotel Julian and The Godfrey, all in the Windy City. The “bonds” are good for rooms and anything charged to them, including meals or services. They cannot be used for group events, the company says.

Though Jordan isn’t disclosing the number of actual sales on the Oxford’s deal so far, he said “the phones started to blow up” as word got out after the advance sales program debuted about a week ago. “We’ve had a lot of action on it since then.”

Zaino von During is pursuing a similar idea with Hotel Credits. On the site a growing number of hotels, more than two dozen from around the world, offer deals. She said her message to hotels is “we’re rooting for you.”

She created Hotel Credits through her tech firm Porter & Sail, which previously was working with hotels on a digital concierge program.

The credit idea was to be able to “offer great deals at properties (consumers) may not find otherwise and the hotel gets money today.”

The properties she’s signed up so far span the globe, from the Akyra Beach Resort in Phuket, Thailand, to the Buttermilk Falls Inn & Spain New York’s Hudson Valley. She said they are free to set their own discounts, but most have opted for accepting $200 in exchange for $300 on rooms, food or services. Many of the deals require the credit to be used by the end of 2022.

Many of the hotels, Zaino von During said, are currently closed since there’s no business at the moment with travel bans and state-to-state quarantine restrictions in place and would-be travelers fearful of the coronavirus. Yet she said she knows that will change.

She won’t disclose consumer response except to say that the number of bookings so far has been high enough to equate having added 10% to whatever some of the hotels would have had without the service.  She expected to have 40 hotels signed up by the end of last week.

“We’ve had a lot of consumers who have stayed at these properties before and are anxious to return,” Zaino von During said.

“We connected after seeing all our clients struggle,” he said. Breitzke is leaving it to individual properties to throw out their deals but says some have included $100 gift cards for $50.

Hotels offered through his site vary widely, from the two-star Rodeway Inn in Urbana, Illinois, to the five-star Casa de Campo Resort & Villas in the Dominican Republic.

The notion of buying credits for discounted future stays may sound like easy money for those with cabin fever, but one analyst urges caution.

“Everyone needs to be thoughtful about how they are spending money. It’s best not to tie up money in future trips,” said Ted Rossman, analysts for consumer financial site CreditCards.com. Besides, he said, it’s going to take a while for the economy to rebound and “there could be good deals for months to come.”

But Oxford’s Jordan says the notion of selling future stays may kindle a bit of travel fever and lift the spirits of would-be travelers stuck at home.

“Everyone worries about how they are going to put food on the tables tonight, so (travel) is not the highest priorities,” he said. “But I want people to think about the good times, too. The world will start spinning again.”

Phoenix Trails Are Closed To Dogs During 100 Degrees Temperatures