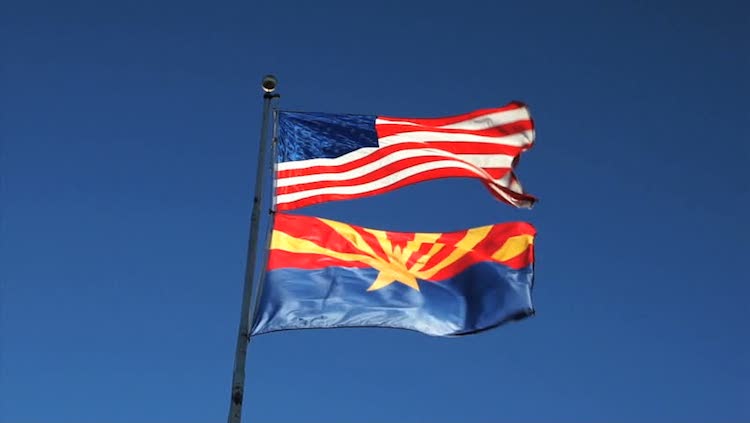 The $2.2 trillion federal coronavirus aid plan is expected to send an estimated $4.2 billion to Arizona, including $2.8 billion to help the state, cities and counties plus money for K-12 schools and public universities.

The figures were released by the Legislature’s budget analysts, who went through the massive package to determine its benefits to Arizona.

The state alone is expected to get $1.55 billion to deal with the effects of the virus, although it isn’t clear if the money could be used to offset expected revenue losses. The cities of Phoenix, Tucson and Mesa and Maricopa and Pima counties would split about $1.3 billion.

But towns, cities and counties of less than 500,000 population would not get direct aid.

Tombstone Mayor Dusty Escapule, who leads the city of 1,200 that has essentially shut its tourism industry, knew what was coming when he spoke of the rescue plan before it was signed by President Trump last Friday.

“By the time it gets to Tombstone there isn’t anything left,” Escapule said. “It all goes to the state of Maricopa and Pima.”

The biggest direct payments will go to the unemployed, who will receive an additional $600 per week for four months on top of the maximum state payment of $240. That state payment is among the lowest in the nation.

The direct payments and increased unemployment pay aren’t included in the $4.2 billion total estimated by the Joint Legislative Budget Committee’s staff. Unemployment filings have soared, with new filings totaling nearly 120,000 in the past two weeks as businesses shut down. The state was previously averaging about 3,500 filings a week.

Other payments totaling $634 million would go to universities, K-12 schools and a school fund controlled by Gov. Doug Ducey. There also is $560 million for transportation projects and smaller pots of cash to support specialized programs.

The money will start flowing as the state adjusts to a stay-at-home order issued by Ducey on Monday and local governments start to close more services. The order allows people to go to work, the doctor or grocery stores and exempts a long list of essential services that can remain open.

The City of Phoenix announced Monday it would close park playgrounds, basketball and volleyball courts but not green spaces and walking areas. Ducey has specifically called for recreation areas to remain open.

State officials on Monday also announced that Arizona schools will remain closed for the rest of the school year.

The Arizona Department of Health Services added four new virus deaths Tuesday, bringing the total to 24. The state now has 1,289 cases across all 15 counties.

A virus outbreak at a Tucson nursing home has sickened 24 residents and three employees as of Monday, said Jeanine L’Ecuyer, a spokeswoman for Sapphire of Tucson Nursing Care and Rehabilitation. She said the facility put in place visitor restrictions and strict infection control plans on March 12 and has no idea how the virus made its way into the facility.

In other developments, Arizona has now received 75% of its share of personal protective equipment from the strategic national stockpile. Ducey’s office said the state has received more than 1.2 million masks, gowns and gloves and counties are distributing them.

The Arizona National Guard Tuesday flew 300 sets of masks and gowns to a medical facility in the Navajo Nation town of Kayenta, where supplies were dangerously low. Several dozen guardsmen have been dispatched to the hard-hit reservation to build a temporary hospital and resupply clinics.

For most people, the new coronavirus causes mild or moderate symptoms, such as fever and cough that clear up in two to three weeks. For some, especially older adults and people with existing health problems, it can cause more severe illness, including pneumonia and even death.