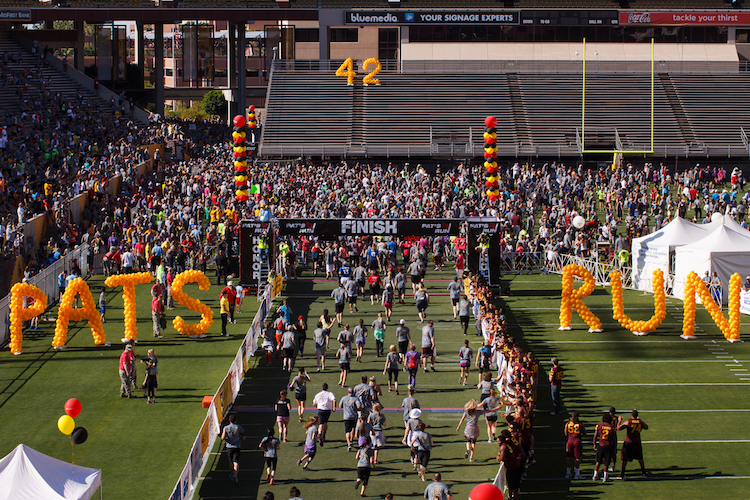 Registration for the annual 4.2-mile run in Tempe honoring Pat Tillman, the Arizona football player and soldier who was killed in Afghanistan, is now underway.

Prices for the April 18 race, which has sold out each of the last three years, can be purchased now through Jan. 17 for $45. The cost rises in $2-$3 increments every two weeks as the race gets closer, ending March 31 at $60.

The full race beings at 7:05 a.m. and winds through the streets of Tempe, ending on the 42-yard line inside Sun Devil Stadium.

Tillman was a former Arizona State University and Arizona Cardinals football player who was killed in Afghanistan in 2004 after giving up his NFL career to join the U.S. Army.

Click here to learn more about the Pat Tillman Foundation and the Tillman Scholars Program.

Click here to make a donation to the Pat Tillman Foundation.