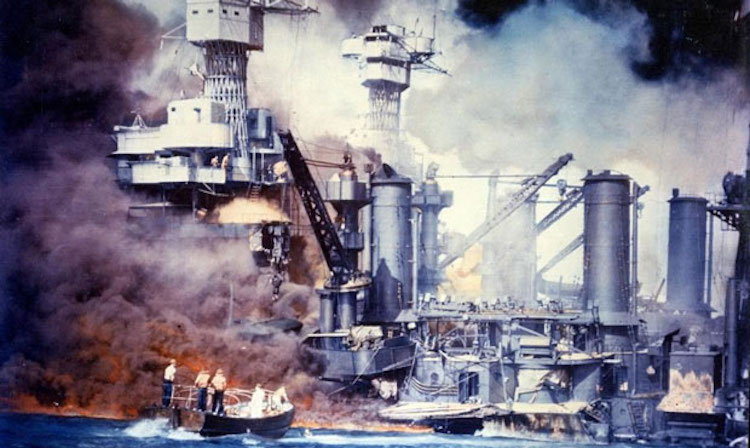 “December 7, 1941 – a date which will live in infamy.”- President Franklin D. Roosevelt

A traveling exhibition featuring photos of the attack on Pearl Harbor and other events leading to the U.S. entering World War II opened this week at the Chandler Museum.

The exhibition is a production of The National World War II Museum in New Orleans. It compliments “Gaman: Enduring Japanese American Internment at Gila River,” which opened last year and will run through April 18, 2020.

“We’re thrilled to work with The National WWII Museum to bring this exhibit to our site,” Jody Crago, Chandler Museum administrator, said in a press release. “This is a key part of the story covered in our current exhibit on Japanese internment, so it will be great to have the two exhibits on display side-by-side.”

The exhibition includes photos as well as displays featuring personal stories from witnesses. It covers Pearl Harbor plus lesser-known attacks on Wake Island, Guam and the Philippines.

“Pearl Harbor was a pivotal point in both American and world history,” said Larry Decuers, Curator at The National WWII Museum. “The unprovoked attack brought our previously isolationist nation into World War II and galvanized American citizens against a common enemy. The country would now need to confront tyrannical aggressors in order to secure freedom at home and around the globe.”

Over 2,300 Americans were killed in Pearl Harbor.