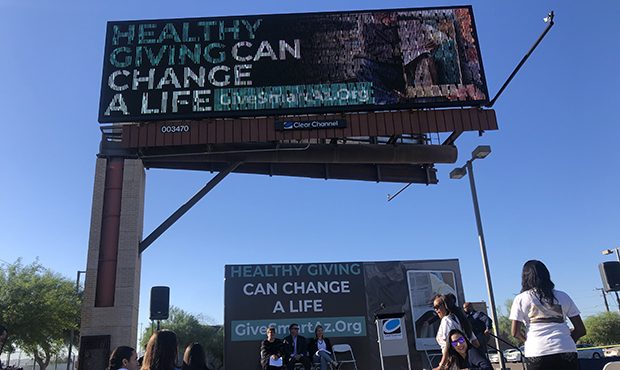 The Holiday season is fast approaching and the city of Phoenix is asking its residents to give back to the homeless.

Phoenix Mayor Kate Gallego and the city launched a billboard campaign on Tuesday with the goal of combatting homelessness throughout the county.

The campaign is called, “Healthy Giving.” There are 76 billboards across Maricopa County in both English and Spanish.

“We understand there will be opportunities to give to people on the streets, but if you give to nonprofits who can provide strong services, it’s more likely to end homelessness,” Gallego said.

The billboards direct residents to the campaign’s website where they can donate to over 20 local nonprofits. There is also a list of nonprofits where residents can volunteer.

Mayor Gallego said that the timing of the campaign is strategic, because people tend to be more giving during the Holidays.

The billboards were donated by Clear Channel Outdoor Americas.

“We have such a generous community,” Gallego said. “People want to help those experiencing homelessness.”

Special Olympics Arizona Invites You To Come Over the Edge