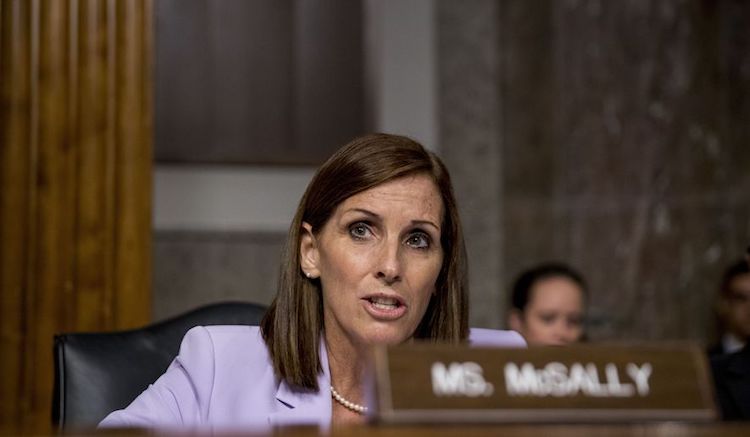 Sen. Martha McSally of Arizona is drafting legislation that if passed, would make domestic terrorism a federal crime. The republican’s hope is that this bill will help to prevent future mass shootings in America.

“If you were supporting ISIS, we would take you up on that charge. But we don’t have that unique domestic terrorism charge,” she said on Thursday. “It’ll give (prosecutors) more tools, for sure, for them to not have to be creative about bringing them up on other crimes.”

According to the discussion draft, it would become a federal crime to commit a vicious crime, “with the intent to intimidate or coerce a civilian population or influence, affect, or retaliate against the policy or conduct of a government.”

“We should not tolerate white nationalism. We shouldn’t tolerate racial violent ideology. We should all stand together on that,” McSally said. “We should look for ways on how we can ensure that people who are violent, people who are mentally unstable or have terrorist ideology, do not get access to deadly weapons.”

The senator believes that even though the two political parties are constantly clashing due to different points of view, that they will both back this bill to come together against gun violence.

“I feel pretty good that in the conversations that are happening in D.C. right now, where people are looking for common-sense solutions that actually could provide more tools to stop these awful crimes from happening, this is one that has immediately gotten attention from both sides of the aisle,” she said.

McSally wants to uphold the second amendment, but is open to expanding background checks. She is also currently campaigning against Mark Kelly for John McCain’s open senate seat.

Unemployment Rate Down To 3.5 Percent In January