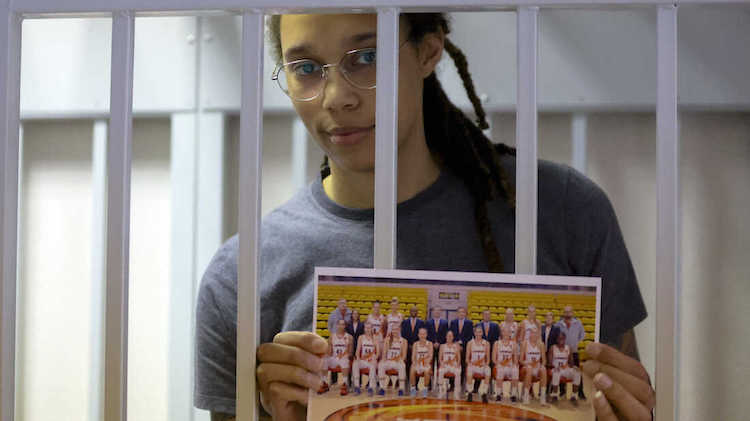 A Russian judge has sentenced Arizona Mercury star Brittney Griner to nine years in a Russian prison for drug possession and smuggling.

Before the verdict was announced, 31-year-old Griner made one last appeal to the court detailing declaring she had no intention to break the law by bringing the vape cartridges with cannabis oil into the country when she flew to Moscow in February to play basketball.

On Thursday, while summarizing the evidence and providing her findings, Judge Anna Sotnikova said Griner illegally brought drugs into Russia. The Judge said the time Griner has served in custody since her arrest would count toward the sentence.

Griner’s showed little reaction to her sentence while she listened to the verdict with a blank stare.

During Griner’s court proceedings, Russian Prosecutor Nikolai Vlasenko insisted that Griner packed the cannabis oil deliberately, and he asked the court to hand Briner a fine of 1 million rubles (about $16,700) in addition to the prison sentence.

Griner’s lawyer, Maria Blagovolina, argued that Griner packed in haste after a grueling flight and suffering from the consequences of COVID-19 and that she used the cannabis only in Arizona, where medical marijuana is legal. Blagovolina asked the court to acquit Griner, noting that she had no past criminal record and hailing her role in “the development of Russian basketball.”

Griner’s legal team is reportedly were very disappointed by the verdict.