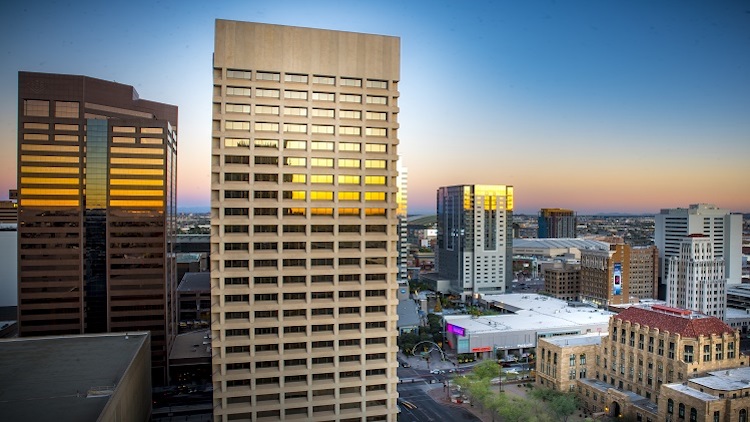 “Our investments in energy efficiency, transportation electrification, and renewable energy have demonstrated progress toward Phoenix’s Climate Action Plan goals,” said Mayor Kate Gallego. “This work is crucial to ensuring a sustainable and prosperous future, and we will continue to deliver results in city operations and across our community.”

Overall, 2020 community-wide GHG emissions were 14% lower than the 2012 baseline, while the metro economy grew by 42% and the City’s population increased by 12%. Researchers from Arizona State University and Northern Arizona University found these reductions were primarily due to the electricity grid having a lower carbon intensity due to the closures of coal-fired power plants. Some of the reductions were also due to decreased travel from commuting and lower air travel during the COVID-19 pandemic.

“These inventory numbers show the steps Phoenix is taking to cut down on emissions are working. While there is still plenty of work to be done, we are certainly headed in the right direction,” said Environmental Programs Administrator Nancy Allen. “We’ve been reaching and exceeding emission reduction goals for 15 years, and we don’t plan to stop.”

While the City Vehicle Fleet did see an increase in GHG emissions due to increased service miles, Phoenix has lowered carbon intensity of the fleet with the use of alternative fuels. City Council also recently adopted the Transportation Electrification Action Plan, which calls for electrification of vehicles within the fleet and installation of on-site electric vehicle charging stations.

Thanks to investments in energy efficiency projects, buildings and facilities saw a decrease in electricity use. Water Services saw a decrease in emissions due to the capture and reuse of biogas at the 91st Avenue Wastewater Treatment Plant, and a telework program led to decreased GHG emissions from employee commuting.

In 2021, the City of Phoenix’s Climate Action Plan laid out another ambitious goal of reducing community carbon emissions from buildings, transportation, and waste by 50% by 2030, thereby moving toward becoming a carbon neutral city by 2050.