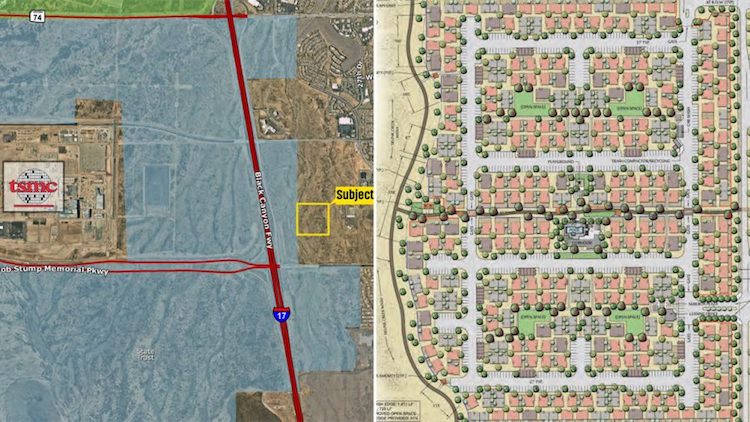 Empire Group of Companies announced Monday the purchase of land to build hundreds of rental homes near the new, large microchip facility under construction in north Phoenix.

The developer recently closed on 40 acres of land east of Interstate 17 and north of Sonoran Desert Drive for $14.37 million. The land is located just over one mile away from developing Taiwan Semiconductor Manufacturing Company.

The development named Village at Bronco Trail will include 354 single-family homes for rent.

“The unprecedented growth of development projects in proximity to the Loop 303 and I-17 is going to foster the need for residential housing,” Bret Rinehart, part of the brokerage firm, said in a press release.

“The Empire Group’s proposed multifamily community will be a boon to that area. Empire Group has a great track record of serving the communities that it develops.”

Construction on the semiconductor fabrication facility on 1,128 acres near Loop 303 at the 43rd Avenue alignment began last year. Crews have been working round the clock to meet their expected opening in 2024. The semiconductor company is expected to create approximately 1,600 tech jobs.