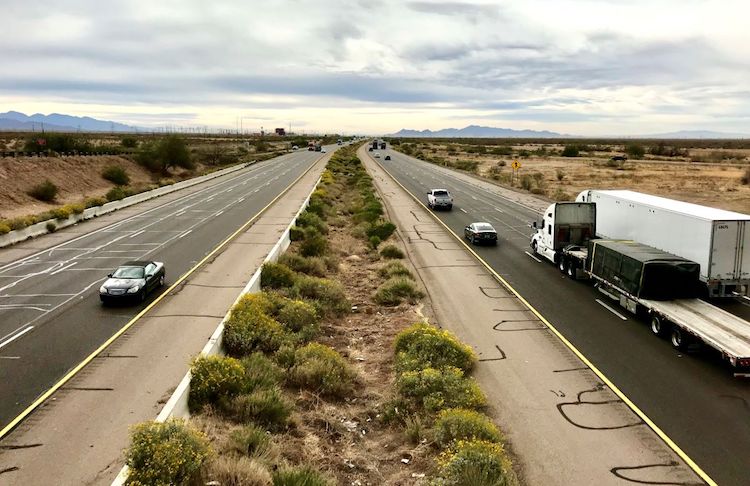 The State Transportation Board has approved the 2023-2027 Five-Year Transportation Facilities Construction Program, setting the stage for the expansion and improvement of several highways that carry significant passenger and freight traffic.

Additionally, the plan will invest more than $2.5 billion in pavement preservation projects across Arizona over five years, upgrading 400 lane miles of pavement from fair and poor condition to good condition.

About $463 million would be invested in projects that improve highway safety, efficiency and functionality, including smart technology or adding shoulders. One of those projects would involve $68.1 million to expand broadband connectivity along I-40 from Flagstaff to the California state line.

The I-17 and I-10 widening projects are able to advance through ADOT’s partnership with the Maricopa Association of Governments, the regional planning agency that has committed some of the funds for those improvements.

The 2023-2027 Five-Year Program also reaches ADOT’s goal of allocating $360 million per year for preservation of bridges and roadways throughout the state highway system. Preservation projects include repaving and repairing highways, along with repairing or reconstructing bridges.

In general, major projects begin as part of the agency’s long-range visioning process, move into a six- to 10-year development program and then become part of the Five-Year Program. The Program is developed by working closely with local and regional planning organizations and community leaders to identify projects that are ready to build or design.

Funding for the Five-Year Program is generated by the users of transportation services, primarily through gasoline and diesel fuel taxes and the vehicle license tax. Both the Maricopa and Pima County regions have independent revenue streams established through voter-approved sales taxes that allow for more expansion projects to take place in those areas.

The final 2023-2027 Five-Year Program can be found at azdot.gov/fiveyearprogram.