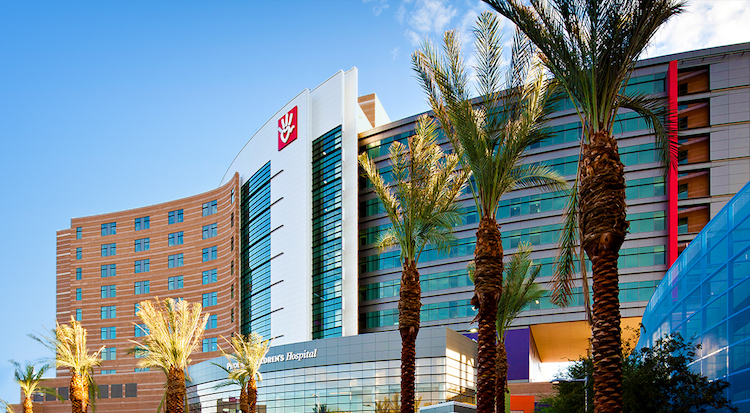 For the twelfth consecutive year, U.S. News & World Report has ranked Phoenix Children’s among the nation’s “Best Children’s Hospitals.” The health system also earned recognition as the top children’s hospital in Arizona for the second consecutive year. Only 35 states and Washington, D.C. were home to hospitals with a top state distinction, per U.S. News.

“As the number one children’s hospital and Arizona’s only pediatric health system, Phoenix Children’s delivers world-class care from primary and preventive care for all kids to the specialty services we provide for children with chronic or complex conditions,” said Robert L. Meyer, president and CEO of Phoenix Children’s. “This recognition bolsters our ongoing efforts to meet the considerable needs in our community and supports our commitment to bringing remarkable care closer to home for families throughout the state and across the Southwest.”

U.S. News & World Report ranks children’s hospitals annually using a variety of measures including clinical expertise, patient outcomes and national reputation. Rankings also reflect survey results from thousands of pediatric specialists who rate children’s health systems based on where they would send their sickest patients, without respect to proximity or cost.

Phoenix Children’s 2022-23 rankings include a number of specialties among the top 50 programs in the nation. Most notably, Phoenix Children’s earned a coveted Top 20 position in the Neurology and Neurosurgery category, advancing 11 places to the 19th highest-ranking program in the nation. Gastroenterology & GI Surgery moved up eight places to place 28th and Nephrology and Urology both jumped six places over last year’s ratings.

“U.S. News & World Report rankings serve as a guide for families searching for high-quality health care for their children,” said Michael Ritchey, MD, chief medical officer at Phoenix Children’s. “We’re incredibly proud of our clinicians, administrators and staff who live out our mission every day and we will never stop pushing for the best outcomes for the children and families we serve.”

For more information, go to PhoenixChildrens.org.

Lime E-Scooters Rolling Back Into Phoenix