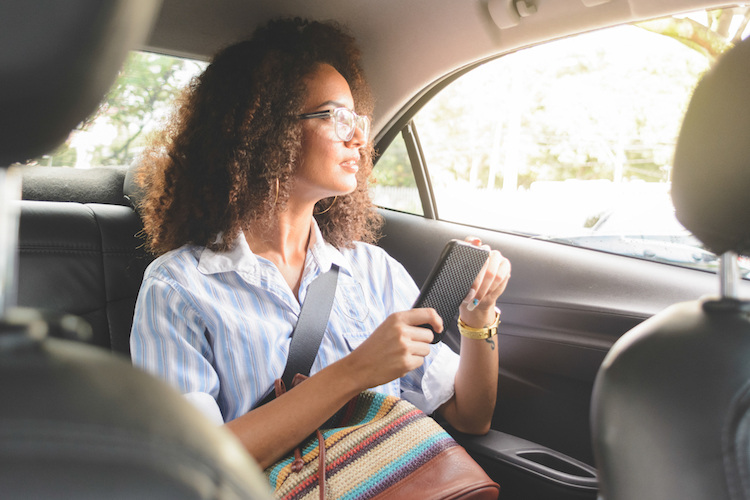 Uber has released their sixth annual Uber Lost & Found Index, revealing the most surprising and most popular items left behind over the past year.

Each year, the Uber Lost & Found Index provides a snapshot of our riders’ most commonly forgotten and most unique lost items, as well as the cities that have been most forgetful, the times of day and days of the week riders forget items most, and of course, helpful tips on how to get lost items back using the Uber app.

Phones, wallets and keys topped the list of the most commonly forgotten items once again, but as we know, riders aren’t just leaving the essentials behind. Folks are forgetting everything from tins of caviar, to fingernail clippings, to Grandma’s teeth, to Bernie Sanders fanny packs and more. Austin, TX takes the cake as the most forgetful U.S. city for two years running, while St. Patricks Day and July 4 were the most popular two days of the year to leave belongings on the backseat.

The full results are below!

The 10 most commonly forgotten items:

The 10 most “forgetful” cities:

The 50 most unique lost items:

Some tater tots
My fingernail is on the seat
“It’s Boba Time” apron
Foldable unicorn kid chair
500 grams of caviar
My grandma’s teeth
A Buddha locket
Cat litter and a reptile heating bulb
“Life is tough but so are you” blanket
A grass cutter and tree trimmer
Supreme underwear
Pizza costume
A sh*tty painting of a moose
Unicorn band aid box
Pie
A Billie Eilish ukulele
6 pool drains and an Employee of the Month plaque
Breathalyzer
I lost 40 chicken nuggets
Bernie Sanders fannie pack
Harmonica
A crochet strawberry my girlfriend made me. It means a lot to me.
Toy airplane
Star Wars Yoda headband and Darth Vader helmet
Part of my soft serve ice cream machine
Metal leg
Painting of Kung Fu Panda and pink air pump shaped as a pig
A piece of my broom
Antique walking cane with a sword
17 flowers and 3 milk teas
Urn with pet ashes + urn of family member
Tube for chugging drinks. Very expensive.
Two pair of snorkeling goggles and a passport from China
A power washing machine and a wooden carved fish
Dream catcher and a deck of tarot cards
Diamond grill
Loose pear-shaped diamond. $1000 reward if found!
A bucket of slime
Small rhino sculpture
A wig and a cloth
Brown tortoise
A single blonde strand of hair
Spray tan machine
Paw Patrol blanket
Breast pump and a white cowboy hat
10lbs of hamburger meat
Burger and banana fridge magnets
A dart that says “unleash the beast”
Ball gag and stethoscope
A windmill

If you’re one of those people who left something behind, look no further than this video, which outlines the simple steps you can take the next time you leave something behind in your Uber.

The best way to retrieve a lost item is to call the driver – but if you leave your phone itself in an Uber, you can login to your account on a computer. Here’s what to do:

The Monsoon is Coming, and Drivers Need To ‘Pull Aside, Stay Alive’