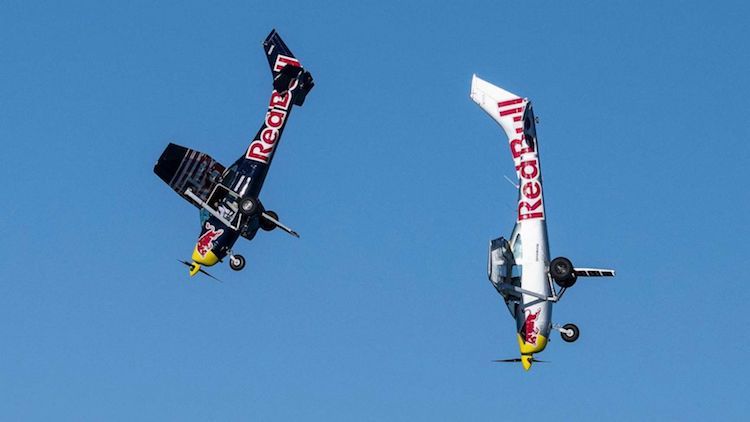 It was a stunt that was one for the record books, however two dare devil pilots attempting to make history nearly turned into a tragedy.

A pair of pilots and skydiving masters who are also cousins, were planning to pull off an extraordinary stunt this past weekend. Their plan called for the pilots to swap planes in midair in hopes of setting a new aviation milestone. 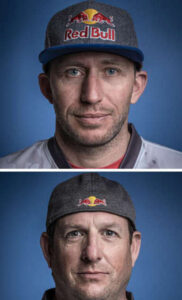 synchronized nosedive at 14,000 feet, stopping the engines while a custom-manufactured airbrake would hold the planes in a controlled-descent speed of 140 mph (225 kph).

The pilots were to then swap planes midair and landing their planes safely, with the hopes of setting a new aviation record.

During the attempt, one Red Bull plane spun out of control and crashed near Eloy.

The Federal Aviation Administration reports that one of the pilots was able to get back into one of the aircrafts and land the plane safely. The other plane however spun out of control. The second pilot landed safely using his parachute.

The planned attempted stunt violates safe airplane operation protocols and the FAA had denied the request from Red Bull which asked for an exemption to do the stunt.

The FAA provided its denial letter, it stated, “The FAA has considered the petition, and finds that granting an exemption from § 91.105(a) would not be in the public interest and cannot find that the proposed operation would not adversely affect safety. “The FAA does not evaluate these deficiencies in greater detail because the petitioner does not provide a sufficient public interest case.”

They went on to say, “In addition, the FAA determined that a grant of exemption is not in the public interest for the proposed operation. The petitioner states that he has been conducting the operation in compliance with FAA regulations by having an additional pilot on board the airplane designated as PIC while the airplane swap described in the petition for exemption occurs. Because the FAA cannot conclude that the operations for which relief is sought (i.e., an operation without a pilot in the airplane and at the controls) would not adversely affect safety, and because the petitioner can continue to perform this demonstration in compliance with FAA regulations by including an additional pilot for each airplane, there is no public interest in granting the exemption request.”

A full investigation by the FAA is underway. The pilots could potentially lose their pilots license and be responsible to pay fines as a result of the FAA investigation.