On Wednesday, Rachel Mitchell was appointed by the Maricopa County Board of Supervisors to serve as 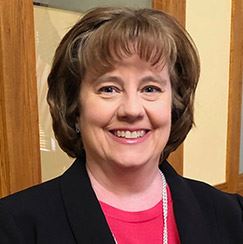 Mitchell, who serves as chief deputy in the county attorney’s office, was one of three candidates who were interviewed for the job. The person selected to serve in the interim position mist be a Republican since that was the outgoing elected official’s party affiliation.

All three candidate Mitchell, Godbehere and Foster have received enough signatures to qualify to run under the Republican ticket in the Aug. 2 primary. Julie Gunnigle has been the only Democrat who has qualified for the election. The general election will be held Nov. 8.

With 30 years of experience, Mitchell is confident she can restore trust back to the Maricopa County Attorney’s Office.  “I am honored the Maricopa County Board of Supervisors has faith and trust in my ability to lead one of the largest prosecution offices in the country as your next Maricopa County Attorney,” Mitchell said. “I will be an engaged leader and look forward to restoring the trust of our community, law enforcement, and everyday Arizonans. For the last 30 years I have successfully prosecuted some of the most heinous crimes, delivered justice by standing up for victims and their families, and fairly applied the rule of law to ensure violent criminals were held accountable. This office means so much to me, and I look forward to showing up every day to make it better.”

About Rachel Mitchell
Rachel Mitchell is an Arizona native and a veteran prosecutor with the Maricopa County Attorney’s Office. For the past thirty years, she’s dedicated her career to protecting families by prosecuting crimes against children, ensuring the integrity of our legal system, and leading teams of prosecutors to hold dangerous criminals accountable.

Throughout her career, Mitchell has advocated strengthening crimes against children and sex assault laws in the state and has pushed for changes in the courtroom to comfort victims testifying in abuse cases. She regularly teaches on a variety of criminal justice topics and is a nationally recognized speaker on sex assault and child abuse prosecution.

She has served at all levels of the office and led teams of prosecutors for more than 20 years, including the sex-crimes bureau, which prosecutes crimes that involve crimes against children including sex trafficking and adult sexual assault. Mitchell has successfully prosecuted hundreds of complex cases.