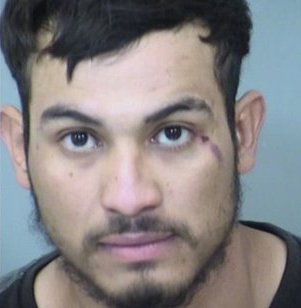 mother in west Phoenix during the day.

On March 29th, Oscar Ramirez Estrella, 25, attempted to pull the girl out of her mother’s car while she was parking at their apartment complex near 71st Avenue and Indian School.

The girl’s mother yelled to neighbor for help and that effort caused Estrella to take off running without the girl.

Neighbors gave chase to the suspect and were able to detain him until officers arrived. He was taken into custody.

According to court documents, the suspect said “Biblical scriptures” told him to take the victim’s car. He told detectives that he grabbed the little girl out of confusion and that he fled because he was anxious. He reported to police that that this was his first time doing this.

The mother said she had never seen Estrella and that he was a stranger.

He faces a robbery and kidnapping charge.