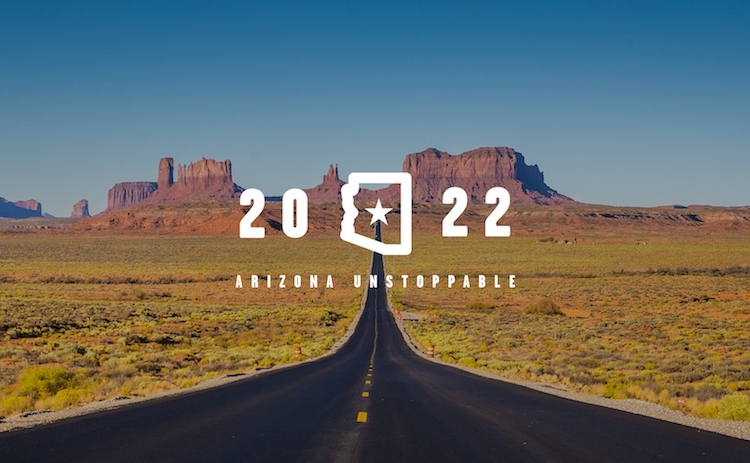 In his address to lawmakers, Arizona’s 23rd Governor vowed to build on the successes of his seven-year administration and secure new accomplishments on a range of issues that directly impact the residents of one of the fastest growing states in the nation.

“At the risk of sounding repetitive: the State of our State is strong,” said Governor Ducey. “And we are poised to do what everyone in public service strives for: to leave it stronger than we found it.”

“This session, let’s expand school choice any way we can – greater open enrollment, new transportation models, more charter schools, and more educational freedom for families, especially those in failing schools or who can’t afford to pick up and move to a new neighborhood. Let’s think big and find more ways to get kids into the school of their parents’ choice.”

“Arizona is better positioned than at any time in our 110 year history. And that makes our work and our priorities much different than when I stood before you the first time,” said Governor Ducey.

A few of Governor Ducey’s 2022 priorities can be found below:

Veterans
Throughout his administration, Governor Ducey has worked to expand opportunities in Arizona for those who answered the call to serve our nation. Governor Ducey today announced a tuition reimbursement program for military veterans’ spouses, furthering Arizona’s commitment to supporting those who served our nation and their families.

“Under the GI bill, [veterans] also get to attend our in-state universities and community colleges free of charge. After all, they’ve already given so much. But how about their spouses? These dedicated husbands and wives have served and sacrificed as well. So this session, let’s launch a program to waive their tuition too.”

Education
Governor Ducey stressed the importance of putting students and families first in his State of the State Address, announcing the launch of a summer camp with an emphasis on math, reading and civics. Further committing to closing the achievement gap among students, Governor Ducey is ensuring critical race theory stays out of the classroom and increasing parents’ access to curriculum.

“There’s been too much attention put on masks; and not nearly enough placed on math. A focus on restrictions rather than reading and writing. And it’s students of color and those in poverty who have been most impacted by the COVID-era posturing and politics of some school board bureaucrats,” the Governor said.

“Often, it’s grandma or grandpa; an aunt or uncle, who steps up to care for [vulnerable] kids. It can be better for the child, and often, cheaper for the state because historically, they haven’t been treated as foster families. More than 6,000 children in Arizona live in these homes, all the evidence you need that you can’t put a price tag on love. So moving forward, these loving extended family members should have the same resources as any other foster family. We’ll make sure of that this year.”

Public Safety
Governor Doug Ducey continued to prioritize public safety and the rule of law in his 2022 State of the State Address, calling to increase state trooper pay and bolster cybersecurity. In his address, Governor Ducey proposed a partnership across statewide government organizations to enhance cyber resiliency.

“When it comes to building a budget, public safety will always be at the top of our list,” he said. “And this year, we have a record surplus. So our budget proposes making our state Troopers in Arizona the highest paid law enforcement professionals in the state. I know you agree – they’ve earned it.”

Border Security
Arizona is leading the charge on a coordinated effort among states to do what the federal government won’t: secure the border and protect national security. Governor Ducey announced a multifaceted, coordinated effort to stem the flow of illegal drugs and curb human trafficking.

“The takeaway: In Arizona, we will secure our border. We will protect public safety. We will not back down. We will fight this fight until Washington, D.C. finally acts.”

“A few years ago, when we learned of the massive backlog of untested rape kits – we worked in a bipartisan manner to clear that backlog, and to make sure victims were prioritized. But as we’ve learned, government bureaucrats often find a way around the law – in this case, some counties are charging these women – these victims – up to $800 in processing charges, and sending the bill to collections. It’s shameful, so we will be cracking down on this government abuse and with your help, tightening the law.”

Water
Arizona has passed monumental policy and invested in the technologies of the future to secure our water future. Building upon that record, Governor Ducey announced a historic investment with a bold goal: a $1 billion investment to secure Arizona’s water future for the next 100 years. The investments will pave the way for Arizona’s sustainable future by ensuring the state’s water supply, encouraging reuse and accelerating the technologies of the future.

“With resources available in our budget, a relationship with Mexico that we’ve built and strengthened over the last seven years, and the need clear – what better place to invest more. Instead of just talking about desalination – the technology that made Israel the world’s water superpower – how about we pave the way to make it actually happen,” the Governor said. “So Speaker Bowers, President Fann and I have been working, and we propose that we make a historic investment. $1 billion.”

Infrastructure
In the past seven years, Arizona has made record investments in infrastructure improvements, including the expansion of I-17 and I-10. Governor Ducey expressed urgency to accelerate the widening of I-10, announcing plans to fund 20 miles on I-10 between Phoenix and Casa Grande. By connecting the state from Phoenix to Tucson, the investment will further ease congestion and enhance economic development in the state.

“A few years ago we got together and prioritized expansion of the I-17. Then, thanks to the leadership of Senator T.J. Shope and Governor Lewis of the Gila River Indian Community, we paved the way for a wider I-10, to improve movement and commerce between Tucson and Phoenix. But that project is still scheduled several years out from now, and 94 visits as Governor to Southern Arizona will remind you how important this issue is. So, let’s finish the job. Our budget will invest more dollars to get the I-10 completion leap-frogged to the front of the priority list, ahead of schedule, connecting our entire state, north to south.”