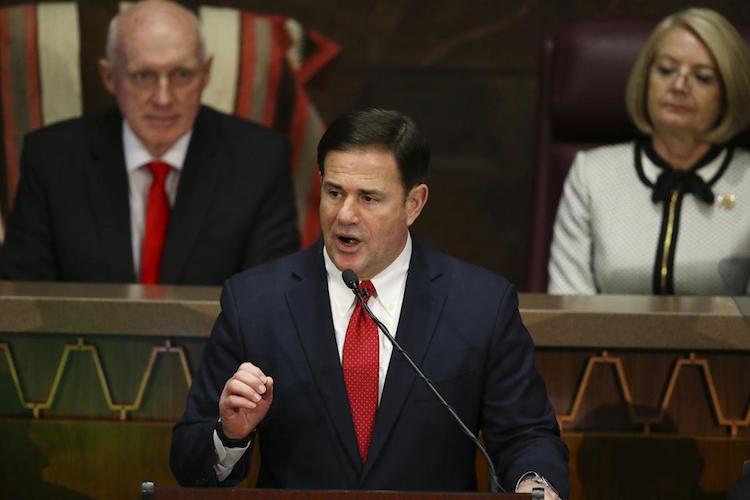 Ducey to Deliver His Final State of the State Address Today

Today, Arizona Gov. Doug Ducey will deliver his final state of the state address and the focus of his address is believed to be centered on water, education and border security.

As he prepares for his eighth address to the state, Ducey has no intentions of slowing down as he nears the end of his final term in office leading Arizona.

Ducey recently relayed to The Associated Press, “This is going to be a swing for the fences session, it’s a big policy agenda.”

One of the main topics that is expected to be addressed in his speech will focus on education. Ducey wants to rein in the power of local school boards, and is a strong supporter of getting Arizona students back on track after pandemic school shutdowns that halted in-person learning in 2020. The state plans to address schools major funding crisis due to a constitutional spending limit.

There is also speculation that Ducey has plans to deliver a plan to address the prolonged drought and shortage of Colorado River water. Consideration will include  spending big to shore up supplies and a potential new infrastructure.

Governor Ducey will deliver his speech today at 2 p.m.